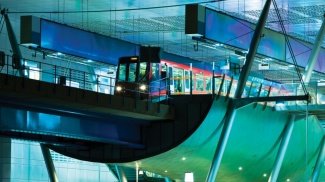 London transport is the driving force of the capital’s innovation, regeneration and connectivity, with expansions and upgrades constantly being introduced. The Docklands Light Railway (DLR) is a key contributor to the Docklands’ growth as a business and residential district, making it an increasingly popular destination for investors.

The DLR is the essential gateway into the Docklands, initially proposed as part of plans to assist mobility and aid in the establishment of the area’s business centre, and now, nearly 30 years on, Londoners cannot imagine their capital without it.

Back in 1987 when the DLR first opened, it served just 15 stations along eight miles of track and today serves 45 stations along a 25 mile route with interchanges to eight Tube and five mainline stations. The number of annual passengers also skyrocketed from just 10m during its infancy to a whopping 110m between 2014 and 2015.

Over the years the Docklands has flourished with the thriving financial hub of Canary Wharf progressing as its frontrunner, where now more than 93,000 people travel to work. Linking the illustrious Square Mile with Canary Wharf, the line serves Beckton, Stratford and London City Airport in the east, Greenwich and Lewisham in the south, as well as London’s Emirates Air Line cable cars at Royal Victoria.

Why Transport Matters to Investors

Regeneration is what attracts property investors to an area, due to the promise of increased capital growth and rental yields, but the local transport facilities are what keep the tenants coming even long after regeneration has taken place.

The DLR mainly covers areas within Zones 2 and 3 – the areas investors are increasingly looking to for more affordable properties to add to their portfolios, with many regeneration schemes adding to the appeal.

Take a look at the investment hotspots along the DLR, and Galliard homes currently available, below:

As well as being set to undergo a £3.7m infrastructural transformation, Canning Town’s DLR connections and proximity to Canary Wharf are what make this East London location a popular choice for investors. In 2015, the London Borough of Newham was found to have the steepest house price growth in the country at just under 20%, with Greenwich coming in at a close second.

Residents of Canning Town will be just seven minutes from Stratford as well as London City Airport, or 15 minutes away from Bank in the City – the busiest DLR station.

Galliard Homes’ previously sold-out development, St Luke’s Square is back with a third phase of 22 outstanding apartments, expected to reach completion from early 2017.

Perfectly placed for the City and Canary Wharf, St Luke’s Square will feature fantastic on-site facilities including a 24-hour concierge and access to the extensive landscaped courtyard. All of the apartments on offer will include access to a private, internal patio or courtyard garden, providing the perfect space to relax and socialise.

Residents will be within a five minute walk of Canning Town DLR station, or a 10 minute walk from the Royal Victoria.

Whilst property prices remain robust in the area due to the excellent connections towards the City and Canary Wharf, the Royal Docks is also undergoing mass regeneration in both business and property, making this a fantastic location to invest.

Set to feature an opulent selection of apartments and penthouses arranged between five apartment blocks, the Royal Gateway will be the ideal choice for those looking to invest in a home boasting exceptional style, functionality and a thriving community atmosphere.

Residents will enjoy a private balcony, featured in each apartment, access to podium landscaped gardens, and a market-style pedestrianised walkway central to the development. For utmost convenience, Canning Town station will be just a five minute walk away.

The number of people living and working in Canary Wharf is soaring each year with predictions its population will double by 2025 to more than 200,000. With the appeal of the area on the rise, combined with the fantastic transport connections maintaining lasting desirability, investors are sure to benefit from buying in the area. Many are finding their investments already swelling from the anticipation of Crossrail, which is set to be introduced from 2021.

Harbour Central will be a brand new, luxury residential village in the Docklands, comprised of five apartment buildings and a leisure complex, which will house a gym and spa, business suites, a cinema and a proposed library.

Maine Tower, which launched in the summer of 2015, will be the development’s dramatic centrepiece, including 297 apartments arranged over 41 storeys for magnificent panoramic views of Canary Wharf’s skyline. The properties range from studios, one, two and three bedroom apartments, as well as expansive penthouses.

This spectacular development will be just a five minute walk from South Quay DLR station and the heart of Canary Wharf, making this an excellent choice for those looking to invest in one of the most exciting and rapidly-growing districts in the capital.

This development will offer an unparalleled residential experience, with each apartment boasting its own balcony and premier specifications, with interior influences by the renowned designer, Rabih Hage.

Occupiers will also enjoy an array of outstanding on-site facilities, including what is set to become the largest residential gym and leisure facility in London, a split-level brasserie, bar and restaurant, plus a residents’ lounge with an exclusive cinema room.

Lewisham, Greenwich’s up-and-coming neighbour, is experiencing a vast influx of investors and homeowners interested in buying in the area due to its town centre regeneration scheme, complemented by its superb transport facilities.

Lewisham is home to three DLR stations – Deptford Bridge, Elverson Road and its namesake terminus. From Lewisham DLR, residents can reach Canary Wharf in just under 20 minutes, and Bank in the City in only 27 minutes.

Overlooking the River Ravensbourne, offering a peaceful abode within minutes of a thriving town centre, Riverdale House will contain 137 properties, including studios, one and two bedroom apartments – all exquisitely designed to Galliard’s high specifications, with many enjoying private exterior space for the utmost in relaxation and social appeal.

Conveniently, residents will be just moments from Lewisham Shopping Centre, which will sit opposite to the development, and a mere five minute walk from DLR services at Lewisham station.