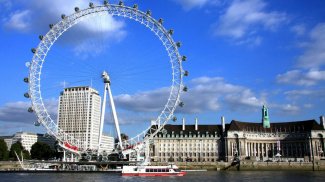 Spanning 2 miles alongside the River Thames, the South Bank is well known for its constant provision of lively, eclectic and vibrant art and entertainment. Fondly nicknamed ‘the cultural heart of London’ the South Bank is recognised for its thriving dynamic of street culture, brought in by the initial skate park enthusiasts, blended with famous landmarks including the Tate Modern, Shakespeare’s Globe and the iconic London Eye.

Appealing to residents and tourists alike, you are never short of something to do in the South Bank, with new nooks and crannies to discover every day, independent businesses and limited exhibitions on every corner; the South Bank is the perfect location to showcase new talent. Every few feet there is something new to indulge in, from street art performers to several diverse festivals throughout the year. Whether you are keen to experience a live concert, alternative theatre, classic art or a range of food and drink originating from across the globe, you may well be overwhelmed by the sheer variety and amount of attractions offered on the south side of the River Thames.

Over the years Galliard have pioneered a number of successful developments in The South Bank; please see below for information regarding our past developments in the area:

Newspaper House is a striking development by Galliard’s, located within Zone 1 for ease of access to the South Bank and prompt transport links to the West End, Canary Wharf and Westminster. A selection of sophisticated two bedroom apartments and opulent three bedroom duplexes combine style with contemporary finishes to represent the ultimate in understated luxury city living.

The County Hall Apartments are expertly located by the London Eye with many offering majestic views of the River Thames, spanning seven floors of luxury living. Residents enjoy a 24-hour concierge service, access to a full health and fitness suite with an indoor pool and secure underground parking.

Forging the path to a new concept of investment in an ‘Apart-Hotel Suite’ situated in the centre of London with dramatic views of iconic landmarks, including Big Ben, Galliard’s development the Park Plaza County Hall Hotel comprised just shy of 400 suites. Exhibiting refined and luxurious finishes with features including conference suites, room service and 24-hour security, the location and highly acclaimed interiors reinforce this development as an invaluable investment.

Situated behind the Royal Festival Hall, The Whitehouse Apartments span 12 floors of sleek apartments finished to the highest interior standards with a luxurious building offering unique views of the River. Residents can access the rooftop garden, a fully-fitted gymnasium and entry-phone security providing the ultimate in city luxury living.

Prior to the 1800s, the South Bank was cut off by the River Thames and only accessible to labourers. However, the great shift occurred at the turn of the century when the industrial revolution began to have a large-scale effect. The South Bank swung into action as an industrial port incorporating wharves and factories, some of which still exist, such as the Lion Brewery, as well as the arrival of London’s busiest train station, Waterloo.

The two World Wars triggered a period of incessant change and moderation across the city; County Hall is the most notable building to transpire from this era, originally seating the Greater London Council and now serves as home to the London Aquarium, amongst other attractions. The 1950s saw the birth of the Festival of Britain, a re-energiser to restore faith in the country which sought to promote innovation in science, art and industry.

Succinctly following this, the 60s sparked an interest in architecture and theatre which not only led to the Queen Elizabeth Hall and the National Theatre, but also inspired The London Eye, a turn of the millennium construction and now one of the city’s most iconic landmarks.

Despite three centuries of reconstruction, there are already plans for future projects of regeneration on the South Bank with the focus on accessibility for the public sphere.

Due to its colourful history, the South Bank is home to many museums and historical landmarks. The Imperial War Museum was built in 1917, extended in 1966 to house a library and archives sector, and further extended in 1980 to allow for exhibition space and galleries spanning five floors.

The Florence Nightingale Museum, located in St Thomas’ Hospital, commemorates the life and successes of a national heroine. Providing an insight into her works, her childhood and how she reformed public health, the museum provides interactive exhibitions and workshops.

The Southbank Centre is pinpointed as the heart of the South Bank and home to emerging artists and big names alike. Occupying the Royal Festival Hall, Queen Elizabeth Hall and the Hayward Gallery, the Southbank Centre houses concerts, art exhibitions and opera as well as providing the main venue for the South Bank’s many festivals, including the Udderbelly Festival.

Opportunities to shop in the South Bank are widely available. With the OXO Tower housing Harvey Nichols and Gabriel’s Wharf alongside it, the South Bank is set apart from the mad rush of the West End and offers the chance to indulge in design-led boutiques ranging from artwork to jewellery and ceramics. Dubbed the creative hub of the city, Gabriel’s Wharf allows a quaint separation from the city centre with high-end shopping focusing on quality and eminence.

The most iconic location to dine in at the South Bank is undeniably the OXO Tower, offering a restaurant, a bar and brasserie, all of which are linked by an expertly situated terrace offering a majestic view. The menus are innovative yet stylish, with the unique selling point of ‘Not Afternoon Tea’ featuring desserts paired with matching cocktails. Borough Market is also located nearby, informally known as London’s Larder and offering a range of delectable food stalls served under classic, Dickensian roofs.

The Golden Hinde, a perfect replica of Sir Francis Drake’s 16th century ship, draws out young inner pirates and with workshops and the Pirate Fun Festival approaching, the experience promises to be unparalleled. Alternatively, visitors over five years old and accompanied by an adult can brave The London Bridge Experience, touring through a number of sets meeting a variety of characters and actively partaking in their tales of missing heads, whilst their Guardian Angel tour guide ensures that the more frightening attractions are avoided.

The Tate Modern is arguably the most family-friendly attraction alongside the river, offering art games for children, exhibitions with audio tours and seasonal shows in order to refresh the art shown. The National Theatre provides a wealth of impressive performances alongside backstage tours and free exhibitions. An opportunity to educate whilst indulging in your inner child, The London Aquarium provides an almost unique opportunity to stand astonishingly close to some of the most incredible sea life. For the more adventurous tourist, there is also the chance to go snorkelling with sharks, an unprecedented insight into the underwater world.

London South Bank University is located in Southwark and was originally founded in 1892 as a Polytechnic. Now boasting a number of buildings, including the Centre for Efficient and Renewable Energy, the university is well-established in London.

The South Bank provides public access to a number of libraries, the most recent being the BFI Reuben Library symbolising a haven of tranquillity amidst the bustle of the riverside.

The South Bank has long been home to famous Londoners and certain pubs such as The George and The Anchor, are well known for having been frequented by the likes of Charles Dickens and Samuel Pepys amongst others.

Located a mere 10 minute walk from Covent Garden via Waterloo Bridge, the South Bank provides the ideal opportunity to wander the city on foot. The walkway alongside the river running from Blackfriars Bridge to Lambeth lasts around 30 minutes with exquisite views and numerous attractions along the way.

Waterloo Rail station is only a three minute walk from the Southbank centre and provides step-free access to all national rail journeys. Waterloo East and Charing Cross Rail stations are also both within 12 minutes’ walk from the Southbank centre, whilst Blackfriars station is a 15 minute journey by public transport and connect with the Thameslink creating easy access from Bedford to Brighton, serving both Gatwick and Luton Airport.

Waterloo station also serves the underground connecting with the Bakerloo, Northern, Jubilee and Waterloo and City lines whilst Embankment, an easy six minute walk across the Jubilee Bridges allows you to access the Circle and District lines; effectively connecting the South Bank with the majority of the main underground lines.

The South Bank is served by river travel, offering a unique and quirky way to experience the journey. It is served by a number of piers including Westminster, London Eye and Bankside and the well-known Thames Clippers travel up the river connecting Chelsea Harbour with North Greenwich. 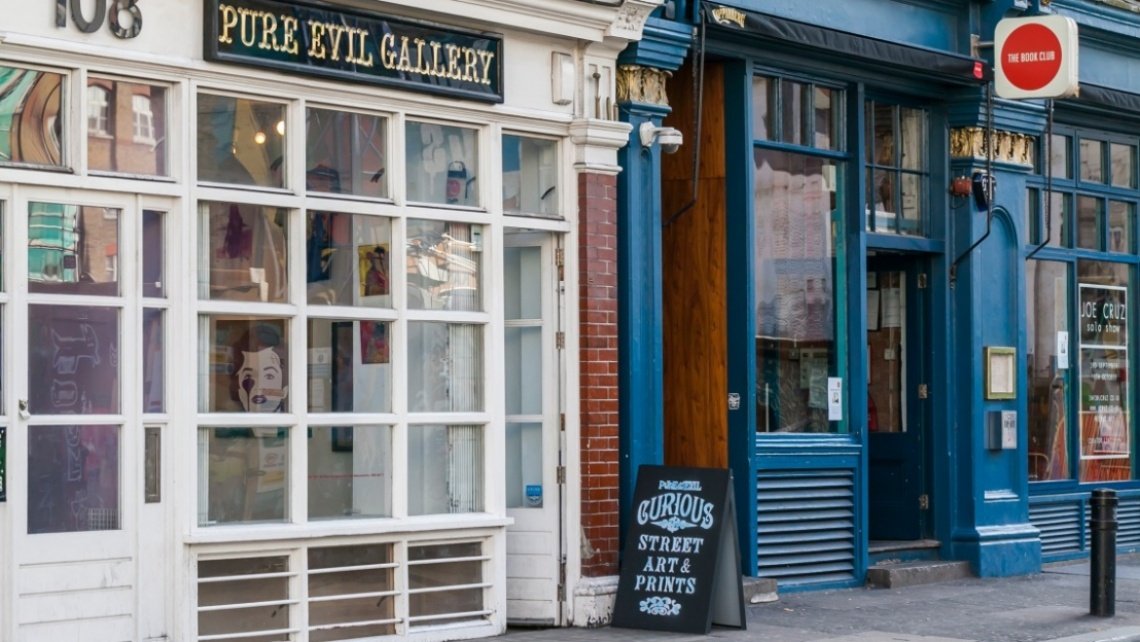 Free Things to Do in London This Summer