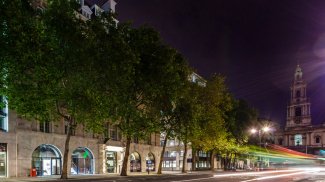 Bookended by Trafalgar Square in the West and Temple Bar leading into Fleet Street in the East, this 1 ¼ mile long strip is comprised of a cornucopia of history, culture and business displaying world-famous landmarks connecting contemporary Britain with the Imperial Empire from the 16th century.

Creating the defining link between the City and Westminster, and representing the southern border of Covent Garden, the Strand effortlessly combines the business and power centres of London with grand and exquisite cultural structures and a hub of leisure and street entertainment. Whilst housing notable buildings including Somerset House and the Royal Courts of Justice, the Strand is also the location of Kings College London’s main campus, many international buildings and provides inspiration for many artists and literary academics.

Offering a range of modern shops and restaurants, the Strand has recently solidified its popularity as an iconic tourist destination in London. With a large expanse of monuments, iconic buildings and historical artefacts, the Strand is accentuated as a point of interest in any tour of London.

In recent years Galliard has successfully completed developments in the WC2 zone. These developments are now sold out and no longer available however please read below for further information.

Offering a world-class location poised between the City and the West End with impeccably designed specifications, Marconi House presents a luxury lifestyle encompassing exacting detail and fine interiors. With many units benefitting from exquisite views across the River Thames and city skyline, all residents will further have direct access to 5 star amenities: the spa and fitness suite, Level 10 Lounge and Sky Bar and room service provided by the adjoining ME hotel.

The Strand was originally used during the Roman period as part of a trading route from Trafalgar Square to Aldwych. In the Middle Ages it maintained its importance and was known as the primary route between separate settlements in the city with little domestic occupation. The first royal residence was constructed in the 17th century in the form of Somerset House, which still stands today, despite having since been rebuilt.

The two churches within this area are believed to be the oldest buildings in WC2, dating from the ninth century, however restoration and reconstruction has been a contributing factor to the present day buildings as the originals fell victim to demolitions and the Blitz.  The church of St Clement Danes now serves as the central church of the Royal Air Force.

The 19th century saw a period of huge social renovation and the Strand became a fashionable new address for many literary and artistic academics. Charles Dickens, Herbert Spencer and Thomas Carlyle are among the highly recognisable crowd who gathered in the Strand and Virginia Woolf references this area profusely in several essays. Unfortunately, as the roadways surrounding the Strand increased, much that constituted the Victorian nightlife was lost, including the Globe, the Royal Strand Theatre and the Olympic Theatre; whilst a scant few have survived to this day, notably the Savoy.

Located a 4 minute walk from the Strand, the London Transport Museum is pinpointed as a specialist museum offered in the city. Providing an insight into the development of transportation from the 20th century through an expansive collection of buses, trains and advertising material, the museum also hosts interactive displays and with vehicles to climb up and into, children will be able to take advantage of all there is on offer.

Twinings tea originated from what is now 216 the Strand, originally as Tom’s Coffee House. Thomas Twining determined to maintain the fashion of drinking tea amongst the stylish coffee houses; he sold dry loose tea as well as wet tea, ensuring that his shop was unique and became increasingly popular. Today Twinings tea shop still stands, offering a loose tea bar and sampling counter to test new flavours with every sense. Additionally there is a small museum displaying old fashioned tea pots and strainers as well as the history of the Twining family.

Somerset House is the most iconic and premier arts centre in London with over 50 dancing fountains featured in summer and a hugely popular ice skating rink in winter. With an accessible programme of contemporary design, modern and undiscovered art, wide-ranging exhibitions, workshops, guided tours and performances, Somerset House also offer an annual line-up of events including the unparalleled open-air cinema, the sought after Summer Series and legendary London Fashion Week.

King’s College London also houses a cultural centre with the aim of challenging conventions through its locations and exhibitions. The Inigo Rooms connect the academia of King’s to the public and wider community working through a range of exhibitions and events as well as performances and limited screenings from the Royal Shakespeare Company and National Theatre Live.

The Strand hosts a range of high street shops and luxury boutiques ranging from Topshop to Hotel Chocolat. The nearby Covent Garden is famed for luxury brands including Chanel, Dior and the Bobbi Brown Studio, as well as hosting market stalls offering antiques, handmade crafts and artwork.

Simpson’s-in-the-Strand is perhaps the finest dining location on the Strand for over 185 years, with expertly sourced and prepared classically British cuisine. Roasts are carved at your table on antique silver trolleys, a world-renowned practice which began with the restaurant’s debut and famous regulars included Charles Dickens, Sir Arthur Conan Doyle and Benjamin Disraeli. On the other end of the spectrum, you can indulge in Smollenskys American style Grill, Thai Square’s delicate infusions or The River’s French flavours.

Open Space is not to be missed, with Victoria Embankment Gardens located parallel to the Strand offering a welcome retreat from the bustle of Embankment and Westminster. The grass areas are renowned for the expert floral displays year round and events are programmed throughout the summer for visitors to enjoy. Deckchairs and cafes are also provided, adding comfort when indulging in a green sanctuary mid-city.

The London Film Museum, a 4 minute walk from the Strand, is famous for its exhibitions featuring props and screenings in a range of genres. 2015 sees the extension of the Bond in Motion exhibition with a huge expanse of original items on display including the vehicles, storyboards and the chance to dress and pose as Bond for memorable photographs

The Royal Courts of Justice built in neo-Gothic style combined with the hauntingly beautiful churches standing sentry over the long thoroughfare offer some exquisite architecture to see and The Royal Opera House, home to the Royal Ballet and Opera, is nearby in Covent Garden.

Along with the Strand Campus of King’s College London, WC2 also benefits from the university’s prestigious Maughan Library and archive collection. Providing a mass of support for the teaching and research of Humanities, Law and Science, the building dates back from the 19th century where it originally played headquarters to the Public Record Office. With a horde of reading rooms, exhibition spaces and archaic features including stained glass windows and a mosaic floor, the Maughan library is the largest new university library since World War II in Britain.

The Shell Mex House is a Grade II listed building along the Strand, built in the early 1930s. Recognisable from its Art Deco style and height of 190ft, the most notable feature is the southerly positioned clock tower. Although many believe it to be Big Ben, the Shell Mex clock tower is in fact the largest in London with faces positioned towards the river and the Strand.

The City of Westminster

There is no public parking available, however nearby Surrey Street operates a pay and display parking system. Buses stop along the Strand including the 24 hour services, the 176 and 243.

The commuter river bus service flows from the west in Putney to Blackfriars; for the Strand, alight at Embankment Pier or Savoy Pier.

By Rail, the Strand is easy to reach with Charing Cross Rail located at the western end and Waterloo Rail across the river. The City Thameslink station is a mere 15 minute walk away down Fleet Street ensuring the Strand is connected via city-wide and national rail links.

The Strand is surrounded by a number of Underground stations; Temple situated at one end connects to the District and Circle lines, Charing Cross at the other end links to the Bakerloo and Northern lines and Holborn a mere 10 minute walk away joins onto the Central and Piccadilly lines, effectively connecting WC2 to all major London Underground lines.

Does Central London living sound appealing to you? If so and you are interested in looking for an apartment in Central London, please click here for more information about developments and property availability on the Galliard Homes website. 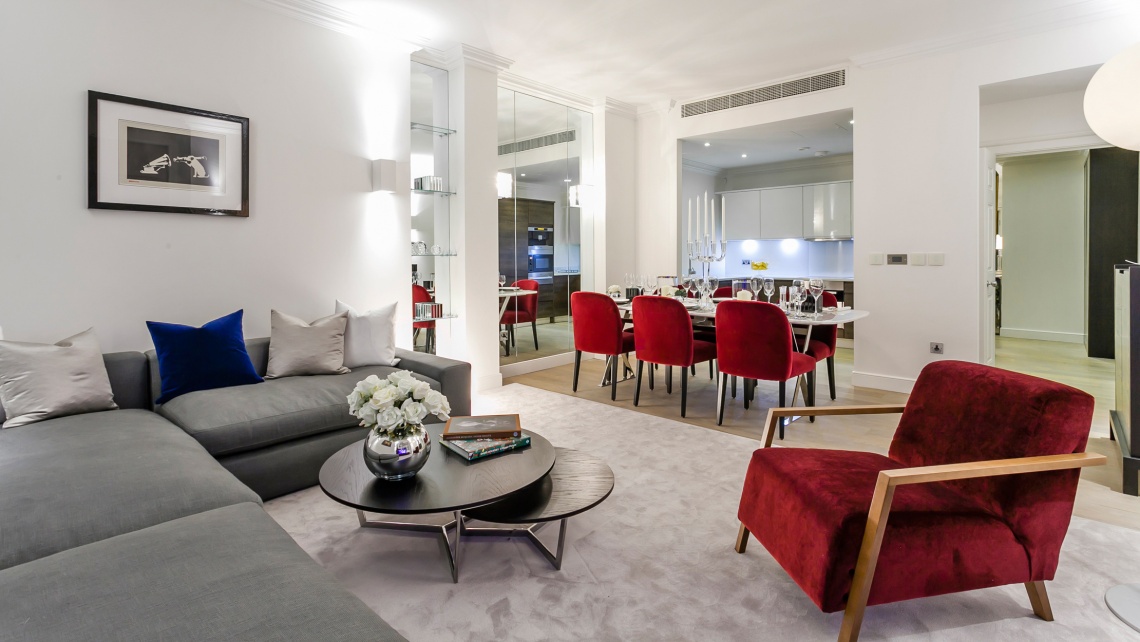