Crossrail has now passed the 85% mark towards completion, with the first Elizabeth line trains having already hit the tracks in June this year as part of the route’s initial phase opening between Shenfield and Liverpool Street.

Light at the End of the Tunnel

Costing an estimated £14.8bn, Crossrail is Europe’s largest infrastructure project and undoubtedly one of the UK’s most ambitious transport projects, which is forecast to bring more than 1.5m commuters within a 45 minutes of the capital, permitting a 10% increase in London’s rail capacity.

Travellers are expected to experience a 10% reduction in journey times, averaging at around 15 minutes, to key London destinations. For instance, the commute from Paddington to Tottenham Court Road currently takes 20 minutes, which will go down to four minutes with Crossrail, and similarly Canary Wharf to Liverpool Street will go from 21 minutes to just six.

Whilst commuters are, of course, raving about the slash in journey times, investors and property experts are seeing the benefits through another lens with regards to its impact on the property market.

In recent years, Crossrail has been responsible for what many have dubbed a domino effect – or ‘Crossrail effect’ – whereby areas along the new line have been welcoming new regeneration schemes in preparation for the line’s opening. There will be 40 stations along the new route, 30 of which will be upgraded and 10 of which will have new stations, including Paddington, Tottenham Court Road, Liverpool Street and Canary Wharf.

Whilst some locations have been steered into making aesthetic improvements, others have fully embraced the introduction of Crossrail and used it to their advantage as a centrepiece for brand new developments. Canary Wharf is a prime example, opening Crossrail Place in 2015, which houses a public roof garden, as well as shops and restaurants, all above the future Crossrail interchange. Whatever the location or its masterplan, the common denominator found across all of these locations – spanning from Essex right through London and into Berkshire – remains the same: property prices have seen the fastest and steepest rises in recent history thanks to the new Elizabeth line.

“Crossrail has already triggered land purchases, development activity and price growth along its route and our research demonstrates that there are still plenty of opportunities to come,” stated Neil Chegwidden, Director of Residential Research at JLL.

The Investment that Pays Off

Back in 2009 when construction first began, investors and homeowners who jumped on the opportunity to buy a home along the line so soon after a recession were often branded as risk-takers, but years down the line their steadfast decision has certainly paid off with house prices within a mile of a Crossrail station found to have risen up to 66% since 2009, according to Hamptons International.

If we look at Central London, average property values are now exceeding £1.7m in areas such as Tottenham Court Road and Bond Street, whilst even destinations at the furthest reaches of the Crossrail line are experiencing robust growth, including Slough which has seen a 13.8% rise in just 12 months and Shenfield, which is up by 17% within the same period. Overall, GVA predicts that between 2012 and 2021, around £5.5bn will be added to residential and commercial real estate along the route.

Whilst investors, particularly Buy-to-Let landlords, are thought to be the largest group of buyers in the Crossrail property market, Hamptons International has found this is not actually the case; it is, in fact, first-time buyers taking up the chunk in this particular sector. According to analyst David Fell, first-time buyers were found to be the ones to snap up the most properties within a mile of a Crossrail station. In 2009, figures showed that 42% of these ‘Crossrail homes’ were bought by first-time buyers, followed by homeowners at 36% and landlords at 22%. Fell says as a result, ‘first-time buyers who got in on the action early have not only slashed minutes off their commute but also invested smartly in their first property.’ Compare it to this year and numbers are found to be roughly the same with a 40-33-27 percentage split across the same categories, demonstrating an ongoing trend that isn’t showing any signs of slowing down, even as we approach the Elizabeth line’s completion.

Thinking of investing in a Crossrail hotspot? Whether you’re a first-time buyer, homeowner or investor, Galliard Homes offers a fantastic selection of new developments across London and the Home Counties. 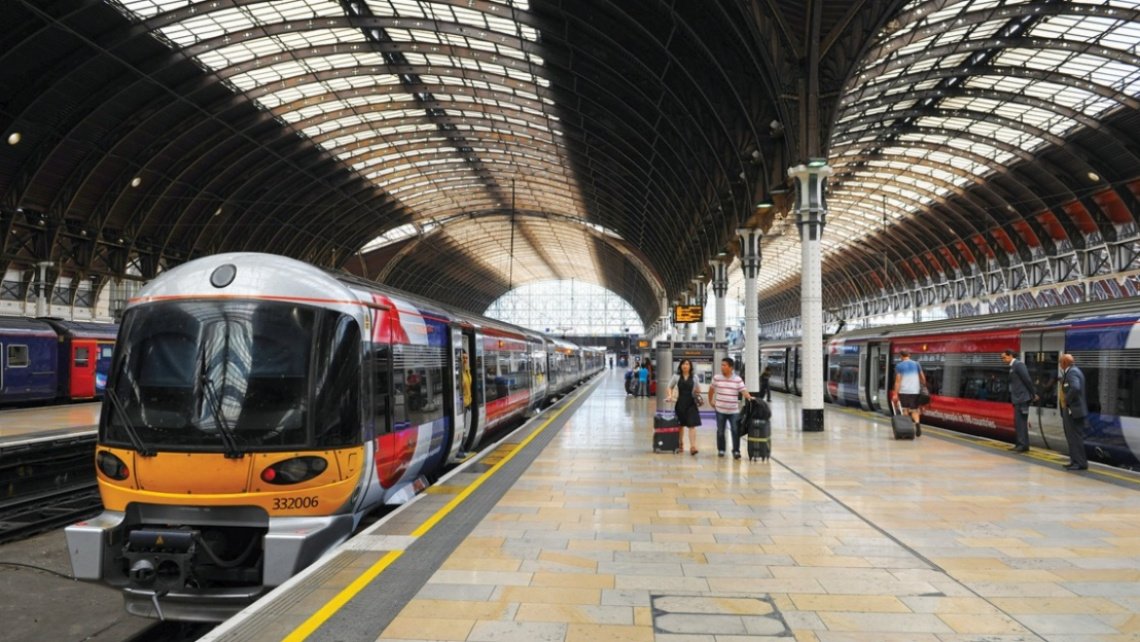