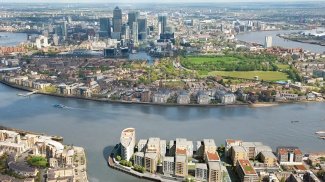 Galliard purchased the whole Greenwich peninsula carved out by Deptford Creek. Situated minutes from Cutty Sark, the land was originally part of the Royal Tudor Dockyard developed by King Henry VIII and where Queen Elizabeth I knighted Sir Francis Drake after the Golden Hind circumnavigated the globe. Now known as New Capital Quay, the unique site of some 900 apartments is surrounded by water on three sides. Attracting interest from homeowners and investors alike, the sales release took place in September 2007 and more than 400 apartments were sold in just one weekend.