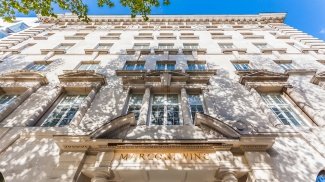 The Foster and Partners designed conversion and refurbishment of this listed building in Central London’s Strand was released in 2010 in partnership with Frogmore. Marconi House was once home to the Marconi Wireless Telegraph Company in 1912, and was in fact the very building from which the newly formed BBC made its first radio broadcast in 1922.