Attractions South of the River by Cari Thomas 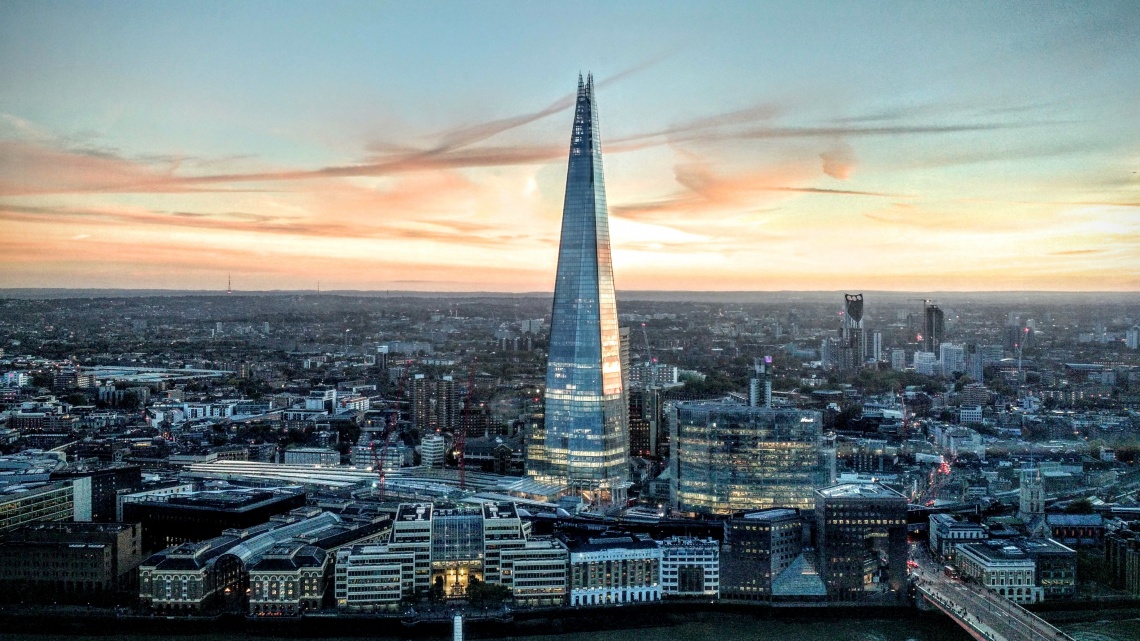 Guest Author | Cari Thomas
Cari Thomas is a freelance writer and London explorer with a background in consumer publishing and copywriting.

Along the Thames, the South Bank and its surrounding area is at the heart of London’s cultural scene.

Host to such sites as The Tower of London, Royal Festival Hall, The OXO Tower and Southwark Cathedral, there’s no shortage of things to do, see and marvel at. However, we’ve picked out five must-visits for anyone wanting to explore this wonderful waterside hub.

It might only have opened in 2013 but The Shard has already become synonymous with the London skyline - a soaring glass symbol of the city. Standing at 309m high, it’s the tallest building in the UK and its biggest draw is undoubtedly ‘The View from The Shard’ experience on levels 68, 69 and 72, with incredible 360° views of the city. An immersive high-speed lift journey takes you up to level 68, where you’ll arrive at London’s highest shop, The Sky Boutique. Head out onto the observation deck, encircling the entire building, for a mind-blowing panorama of the city and beyond - up to 40 miles away. If you want to make the most of the experience there are audio guides with detailed information on the different landmarks and digital telescopes with interactive touch screens along the viewing platforms.

It might be London’s oldest food market, but Borough Market is fresher than ever. With 1000 years of experience under its belt, a wander through its sensory smorgasbord will leave your stomach very full and your wallet very empty. Spread across three distinct areas, you can discover 100 stalls of fresh groceries, specialist food items and top-notch international street food as well as more permanent shops. Look out for the market classics - the cheeses of Neal’s Yard Dairy, the Spanish delectables of Brindisa, the sourdough of Bread Ahead, the charcuterie of Cannon & Cannon and the rare meats of Ginger Pig, but make sure to experience its newer and more unusual offerings too - sustainable juice pulp granola, fermented nut cheeses or mushroom logs anyone? When you inevitably find yourself peckish, with cuisines from every corner of the world, your first challenge is choosing what to have. The second challenge is knowing when to stop.

Of all the buildings along the Thames, nothing catches the eye quite like Shakespeare’s Globe. An authentic oak-and-thatch replica of the original 1600s stage it instantly transports you from the streets of modern London to the entertainment centre of Elizabethan England. Back then, it was host to Shakespeare’s hot-off-the-press works and today you can experience the same atmosphere and vivid storytelling. From April to October, The Globe is the setting for a variety of plays performed by some of the world’s best Shakespearean actors. For a £5 ticket you can join the standing rabble in front of the stage, or if you’re feeling like one of the gentry then splash out on a gallery seat. During the winter months the on-site Sam Wanamaker Playhouse takes over with candlelit plays. You can also enjoy guided tours of the working theatre and an exhibition of Shakespeare’s life, the playhouse and the Elizabethan period.

With famous works of modern art, to mind-bending displays and divisive statements, it’s no wonder the Tate Modern is the most popular modern art gallery in the world. Housed in the imposing old Bankside Power Station on London’s bankside, it’s host to art from the 1900s to, well, yesterday, as well as photography, performance art, film, exhibits and a range of events including film screenings, talks and workshops. Special exhibitions generally require advance booking, but the main collection is free to peruse, split between the grand Central Turbine Hall, with large scale sculpture and installations, the Natalie Bell Building, with the oldest works, and the Blavatnik Building, with art from 1960s onwards. As well as the latest groundbreaking pieces, you’ll find works from such greats as Salvador Dalí, Pablo Picasso, Paul Cézanne, Jackson Pollock and Andy Wahol. Head to the Viewing Platform on the 10th floor of the Blavatnik Building for a free panorama over the city and down one floor for refined British plates at the Level 9 Restaurant.

For history buffs out there, The Imperial War Museum London is one of the most powerful and thought-provoking museums in the capital. Located at the former Bethlem Royal hospital on Lambeth Road, it casts a sensitive light on some of the darkest periods in human history from the World Wars to The Falklands, Northern Ireland, Yugoslavia, Korea and 9/11. Exhibits bring each conflict to life with in-depth reading materials, compelling stories, interactive displays, photography, footage and objects of war. Expect powerful spectacles - tanks, planes, and weapons - as well as heart-wrenching items such as a piece of the Berlin wall, a recreation of a World War I trench and a damaged window from the World Trade Centre. The museum often has free talks going on too, giving you the opportunity to speak to people who have experienced conflict firsthand. The museum is free but some special exhibits are ticketed.

Property in the Area

Not only is Newham's Yard home to a selection of well-appointed apartments and penthouses, this mixed-use landmark will also introduce a brand new community to the neighbourhood; with commercial space, restaurants, offices, a gymnasium, an apart hotel and a whole new public realm.

Made up of three architecturally striking buildings, the now sold-out Trilogy is a brand new development nestled in London’s sought-after SE1 postcode that boasts an impressive collection of studio, one, two and three bedroom apartments. Set in the enviable Zone 1 location of Borough — just a short distance from the heart of the City and surrounded by plenty of landmarks and attractions — Trilogy acts as a fantastic base for young city professionals.