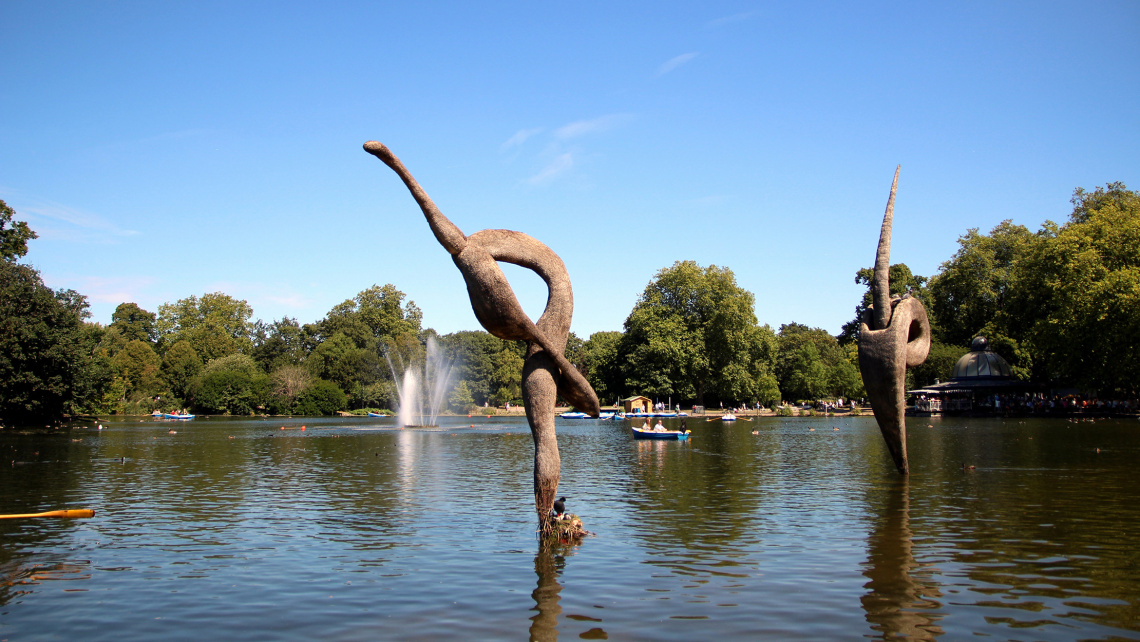 Bow is located in the borough of Tower Hamlets, East London and is nowadays a mostly residential, built-up area. The name derives from a shortened version of Stratford-atte-Bow, the original medieval name for the area that once housed a ‘bow’ shaped bridge. With origins dating back to the 12th century, Bow has a long and rich history including a match factory, famous porcelain manufacturer, a reference in Chaucer’s ‘Canterbury Tales’ and strong links to the Suffragette movement.

Modern day Bow is now a bustling suburb with an eclectic mix of the old East End and the new modern urban city. With overwhelmingly residential, urban roots the area comprises apartments, council blocks and pretty terrace housing from the Georgian and Victorian eras, whilst also housing a variety of markets, fairs and industries to maintain the thriving business/village combination lifestyle. Although located with close transport links to the Underground and a mere 15 minute journey to London Bridge, the plethora of outside space enables this zone to feel separated from the sometimes overwhelming city lifestyle.

Regeneration hit the area with the arrival of the Olympic Games to neighbouring Stratford and Bow boomed and benefited hugely, becoming a choice metropolitan place to live alongside suburbs like Canary Wharf, Brick Lane and Dalston.

Galliard Homes is renowned for moving into areas of regeneration and developing properties in lieu with the development of an area. Beginning the Capital Towers project in 2013, and set to complete by the first quarter in 2017, this property is now fully sold out and no longer available however please feel free to read below for further details.

Overlooking the Queen Elizabeth Olympic Park and constructed of two elegantly set towers, this outstanding development houses 191 luxury one, two and three bedroom duplex apartments, each complete with a winter garden and majestic views across Canary Wharf and the City. Capital Towers is set to be a fine architectural structure, exuding quality interiors finished to premier specifications. Residents will also enjoy a garden terrace at level 34, providing over 880 sq. ft. of communal landscaped space whilst other featured amenities include a fully-equipped gymnasium and private residents lounge in each tower.

With roots deep in the 12th century, Bow is one of the oldest suburbs in London and many of the original archaic buildings still remain to this day. Bow Church, located on the island of Bow Road (A11) is 700 years old and has stood sentry of Bow as it changed from a rural village into a distinctive location in East London. Bow was once home to The Bryant and May match factory, at one point London’s largest factory manufacturing candles and crinoline. Amongst the historical events it witnessed, the scene of the 1888 match girls' strike started here in Bow and culminated in the successful establishment of the first British trade union for women. The company ceased trading in 1979 and the building is now a collection of private apartments known as Bow Quarter, a common theme amongst many original factories in the area. Bow was also famous for its 17th century porcelain production, originally triggered by the sheer amount of animal bones disposed of by local butchers. Today, this method of bone ash porcelain has evolved into English bone china, still prevalent amongst the upper class. The area has also been referred to in literary works, namely mentioned in Chaucer’s ‘Canterbury Tales’ in the 14th century as well as proudly holding strong associations with Sylvia Pankhurst who set up the East London Federation of Suffragettes.

The notorious Bow Bridge, constructed in 1110 gave access to the tide mills running across the river and, although neither the bridge nor the structure remains today, one such mill survives to the modern day: The Three Mills Island. The House Mill is a Grade I listed site and guided tours of the archaic mill are offered, whilst the Clock Mill is Grade II listed and constitutes part of the 3 Mills Film Studio (better known for their work in the 2012 Olympic Games opening ceremony.)

The Victoria and Albert Museum of Childhood, located less than a 5 minute walk from Bethnal Green station, houses the national collection of childhood items, providing stories, dolls, board games, traditional puppets and exhibitions focused on Dolls’ Houses, birthday parties and rare paintings from the Victorian era.

Westfield Stratford City is located a 10 minute drive from Bow central and offers high street designer names as the largest urban shopping centre in Europe; with 300 stores ranging from clothing to technology, a variety of restaurants, a cinema and a casino.

Roman Road Market is located on the oldest known route in the UK, famously taken by Boudica on one of her burning rampages across London. Taking place three times a week, the market sells everything from fruit to knock-off fabrics and antiques to vintage and current clothing, providing an ideal escape backwards in time.

Restaurants varying in origin and diversity are rife in the Bow area and the opportunity to indulge in new flavours can be seized in a number of places. The Greedy Cow maintains their original mission statement of sourcing fresh, local produce and today, they present an individual meat tasting experience including kangaroo, camel and wild boar. The Morgan Arms offers traditional pub food, real ales and fine wine; the traditional flavours of the East End can be found in G. Kelly, proudly serving pie and mash since 1937; to continue the night, the East London Liquor Company based in an old glue factory is a novel concept of a spirit-distillery and evening bar bringing back the gritty art of the East End.

Victoria Park, one of the city’s oldest green spaces provides an idyllic escape from the smog of the city. Whilst the expanse of park occupies the children with the chance to play in the playground and bike ride along the canals, events throughout the year include the summer music festival Lovebox and wildlife workshops.

The Queen Elizabeth Olympic Park is now open to the public and includes outdoor areas to wander around or cycle through, in addition to The Velodrome biking centre and The Aquatic Centre.

Due to its enviable location next door to Stratford, Bow benefits from a huge assortment of transport links that connect the area with the City of London and beyond.

Stratford International is one of the major railway depots in the city comprising overground, Underground and international travel connections as well as regional rail services (British Rail). With just a 10 minute journey to St Pancras International, the Eurostar is easily accessible and travel around the UK and internationally is not an issue.

Sitting in Zones 3 and 4, Bow offers the Central, Circle, Hammersmith & City, DLR and District lines, ensuring that much of Central London is easily accessible. From Bow travelling to Liverpool Street takes a total of 8 minutes and just 21 minutes to Bond Street in the West End.

Stansted airport can be reached from Bow in a thirty minute drive on the M11; alternatively, the Stanstead Express is available from Liverpool Street and is a mere 47 minute journey. The arrival of Crossrail will connect Stratford with Heathrow airport by 2021.