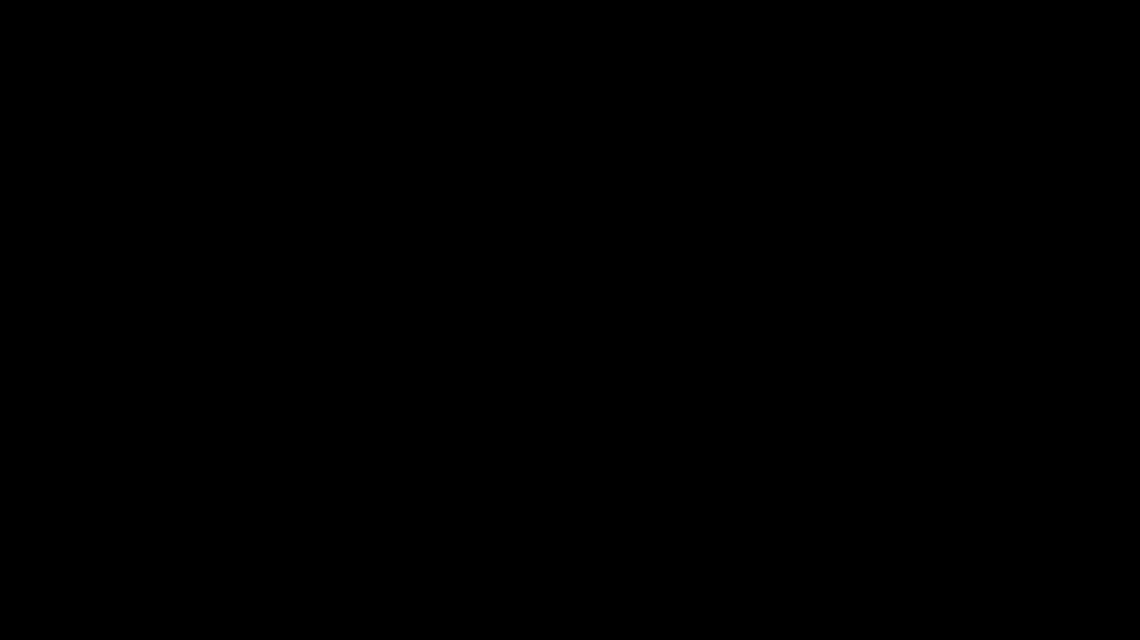 The City Fringe, which covers areas such as the London Boroughs of Camden, Islington, Hackney and Tower Hamlets, has continued to progress over the past few centuries in order to cater for the ongoing demand for housing and job opportunities in London.

East London has more recently been an example of ‘luxification’, with the introduction of high quality housing and plans for the regeneration on Old Street Roundabout. This redevelopment of the area around the E1 postcode in particular, is proving to be a success as it is now an increasingly popular area for young couples, young professionals and families to live. There are many plans that have been put in place to regenerate the City Fringe and the ultimate vision is to create a diverse and dynamic district that is well connected to the rest of the city along with a lot more job opportunities which will help to boost London’s economy sector as well as tourism.

History of the City Fringe

It is not uncommon for the City Fringe to be associated with inadequacy and lack of opportunity because during the industrial revolution in the 19th century, extreme urban poverty was something that the population of the inner-city were experiencing. Still, the City Fringe also has a very interesting and rich multicultural heritage. For a long time, the area was an attraction for immigrants who were trying to better their lives and escape the poverty from their native countries. This diversity brought along a mass of skill; the Germans specialised in crafts such as cloth-making and brewing, the forte of the Sephardic Jews from Spain was money-lending and the merchants were often the Huguenots from France because silk weaving was something of a speciality. This combination of different skills from around the world introduced the City Fringe to an abundance of new and exciting cultures that were a great benefit to the area.

Throughout the area of the City Fringe there is a large multicultural diversity, but there are quite a few noticeable variances within the population between the different areas; for example, about 20% of the Spitalfields area is made up of family households, which is almost double the amount of St Katharine Docks and Wapping where it is only 11%. Another recognizable difference is the fact that around 7% of the population in St Katharine Docks and Wapping who are of working age have never worked, compared to the 17% in Spitalfields.

It has been said that around 10 years ago, the place to live to be successful in London was Fulham or Chelsea, but now locations within the City Fringe such as Shoreditch, Hoxton and Old Street have become the new best place to invest because they are closely positioned to the City offices and the up-and-coming renovation of Silicon Roundabout, which is set to greatly boost the United Kingdom’s digital technology sector.

Working in the Fringe

In the past the City Fringe saw a degeneration of job opportunities but it has more recently been improving and providing more and more chances of employment. In fact, an estimated 15,000 new businesses have been launched in the EC1 postcode area over the previous financial year. In addition, the regeneration of Silicon Roundabout is said to even further increase employment in the area as the new and improved centre is meant to support approximately 1,000 job-seekers a year.

Tourism is an essential aspect for employment in the area because the different attractions provide various job openings; for example in the Whitechapel art gallery or even the local markets, such as in Brick Lane.

Living in the City Fringe

The price of houses in the City Fringe have risen by an impressive 92% since 2001 and are becoming highly sought after compared to the City of London because of the flourishing business and technology sector and regeneration plans around the Tower Hamlets, Hackney and Shoreditch to name a few. This area of London is in fact becoming one of the trendy places to live because of bustling nightlife and café culture, not to mention the tranquil views of the River Thames.

The amount of new luxury homes that are being developed in the area are also creating further interest in the area; the Georgian townhouse and warehouse conversions give the City Fringe the feeling of a charming neighbourhood while still being close to the hustle and bustle of Central London. Over the past few years Hackney has been subject to the strongest increase in residential price rises compared to any other London Borough during the space of the last three or so years.

There are an abundance of shopping and leisure activities that are beneficial to the City Fringe and make it an even more attractive place to live; local markets are always popular with tourists and people living in London such as Spitalfields Market and Brick Lane Market in Shoreditch, as well as the Colombia Road Flower Market in the London Borough of the Tower Hamlets.

The availability of community facilities are also an asset to the area as in the City Fringe there are around 15 primary schools and of course The Royal London Hospital offers impressive health services for the catchment population in the East of London. Another aspect which supports the multiculturalism within the area is the East London Mosque which is currently considered to be an important landmark.

Benefits of Regeneration and Visions for the Future

Certain areas of the City Fringe have already reaped the benefits of regeneration; taking Hackney for example, the popular high street Narrow Way is now successfully pedestrianised which has contributed to its new bustling town centre ambience.

The Royal Docks in the London Borough of Tower Hamlets is undergoing an impressive renovation with a £3.5 billion investment being made to convert the historic Millennium Mills building into office space for businesses which will create as many as 20,000 new jobs. It has also been said that this project, which is due to be complete in 2017, will also see the creation of 3,000 new homes.

Property in the City Fringe

Built on the original site of the Union Post Office workers, Crescent House brings pure opulence to Clapham’s popular and picturesque Crescent Lane. This development consists of 36 luxury apartments and two spacious penthouses; blending together classic architecture and modern interiors and featuring charming landscaped gardens makes a property at Crescent House unique. This property will ensure that each resident will live the enviable London lifestyle.

Read Living in Clapham for more information about moving to the area.

This new development will bring a large slice of luxury to Shoreditch with over 400 elite private apartments and an impressive 400,000 sq. ft. of retail and office space to the area. During the midst of the regeneration of Silicon Roundabout and Shoreditch High Street, The Stage is ideally positioned as Shoreditch is becoming more affluent and even being labelled as the ‘New Bond Street’, plus it is a great location for City commuters.

Capital Towers in Stratford - which is now sold-out - comprised a range of one, two and three bedroom duplex apartments which feature views of Canary Wharf and the City. 191 exclusive apartments that boast beautiful and spacious interiors and are the epitome of style. Residents of this development are able to enjoy facilities such as a fully-equipped gymnasium and a resident’s lounge, not to mention that it is close to the popular Westfield shopping centre.

Now sold-out, The Fusion - situated in Shoreditch - is an exciting development that comprised 26 luxury apartments that showcased spectacular views of the London skyline. These apartments were finished to the highest quality with the additions of an impressive Smeg kitchen and the comfort of underfloor bathroom warming. Residents are able to enjoy the luxury of the beautifully landscaped private roof garden for more striking views.

Perfectly located so residents can enjoy spectacular views of the River Thames, this development, which is now sold-out, helped boost the luxury property market within the City Fringe. These apartments were able to give the area of Wapping a unique and trendy landmark as they have been converted from an old warehouse, so the modern and historical era meet to create sheer opulence, comfort and functionality.

For a closer look at living in Wapping, take a look at our area guide.

The City Fringe has the advantage of outstanding transport connections to the rest of the city. Underground lines that run through the City Fringe include the District line, Hammersmith and City line and the Metropolitan line, amongst many more popular lines. You can reach the West End in a short amount of time, for example Whitechapel to Bond Street takes less than half an hour.

The introduction of Crossrail will be a huge benefit to the area; with Canary Wharf within a mere eight minutes from Stratford. Crossrail with definitely aid the flourishing reputation of the City Fringe and will be a catalyst in rejuvenation of the area, encouraging property and job-seekers to go there to work, live and play.

The City Fringe is an extremely distinct and sought after place to work and live; Boris Johnson has stated: ‘London is enjoying an unprecedented population boom and by 2030 will become the first city in Europe to be home 10 million people. Building new homes and creating more jobs is absolutely crucial so that we can ensure this growth is sustainable.’ The constant renovation and new projects in the City Fringe supports this plan to accommodate for the ever-growing population and demand to live in London.

View all flats for sale in the City Fringe. 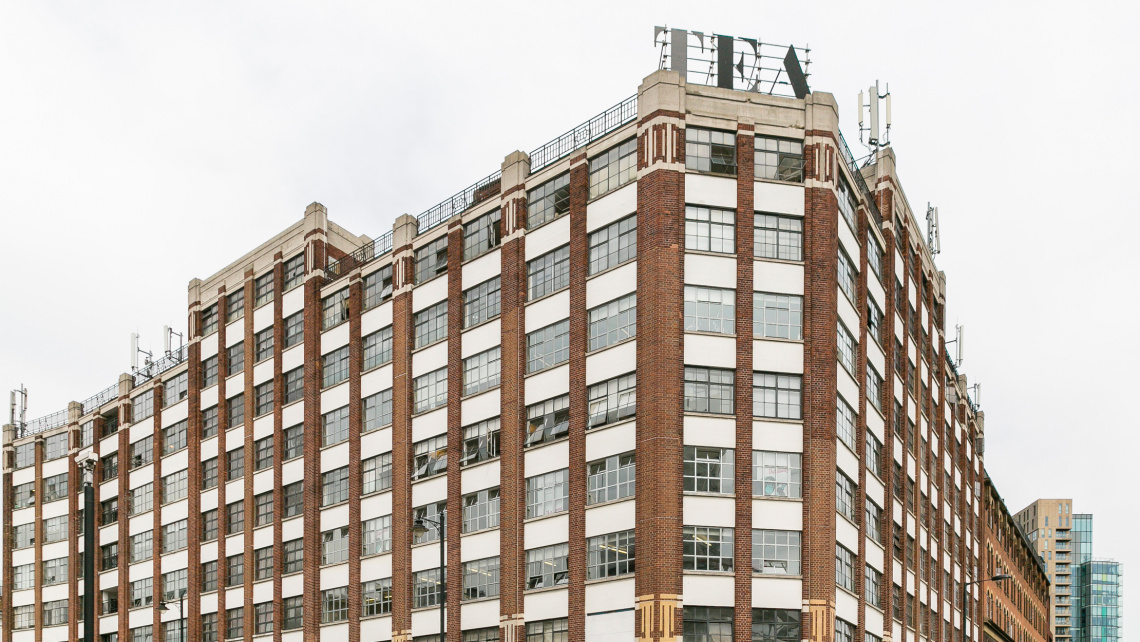 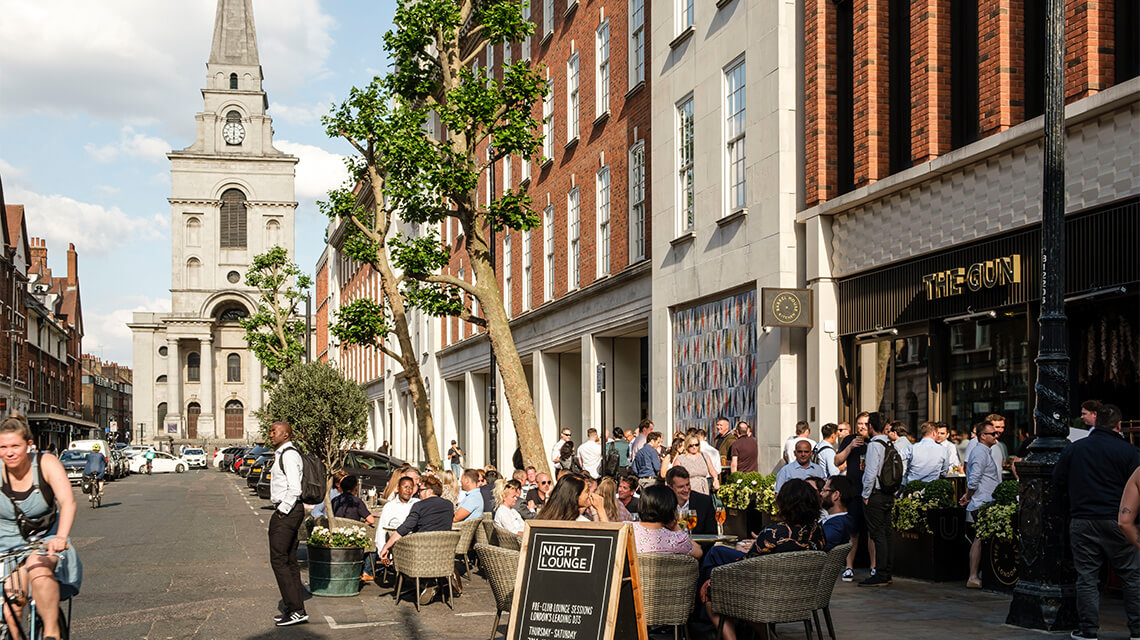