(The Future Of) London’s Changing Skyline

Already deemed a Super City, and ranked as the world’s most innovative city for the second year in a row, London is also home to world-famous architecture, such as the baroque masterpiece that is St Paul’s Cathedral, designed by Sir Christopher Wren, and 30 St Mary Axe (also known as The Gherkin), designed by Norman Foster.

Over the years the capital has grown and expanded organically based on a series of villages, and as a result is not characterised by any particular architectural style. The beauty of London is its unique mix of historic buildings such as Westminster Abbey juxtaposed against spectacular modern skyscrapers such as The Shard.

Over the next few decades London’s skyline is set to look completely different. Much like other highly-populated cities, such as Tokyo and New York, London is beginning to succumb to the allure of the skyscraper. As developers continue to look to the sky, what can you expect to see change in the near future?

What is a Skyscraper?

To qualify as a skyscraper, a building needs to be more than 14 floors tall. Otherwise known as a high-rise (for residential properties mostly), skyscrapers can range up to almost 830m in height, today many feature their own restaurants, shops, and gyms. When compared to other large cities around the world, London is surprisingly short on skyscrapers, however as the capital further cements its status as a 'World City', this is all about to change.

Historically, London’s buildings have been low-rise, with certain sites protected from high-rise developments to ensure that views of famed locations such as St Paul’s remain unrestricted. As a result, the current skyscrapers in the capital can be seen from quite a distance around the city. One Canada Square in Canary Wharf and the BT Tower in Fitzrovia define the backdrop of the areas in which they reside.

The City of London boasts a wide variety of architectural styles, from 18th and 19th century financial institutions such as the Royal Exchange and the Bank of England, to the early 20th century Old Bailey and the 1960s Barbican Estate. The most recent skyscrapers to grace the financial district are the Heron Tower, The Leadenhall Building, Tower 42 and the neo-futuristic Gherkin. The Heron Tower, also known as the Salesforce Tower is the tallest skyscraper in The City at 230m.

Rising to a whopping 306m, The Shard in Southwark is both the capital’s and the UK’s tallest building. Taking inspiration from the spires of London churches and the masts of tall ships depicted by the 18th century Venetian painter Canaletto, Renzo Piano designed The Shard as a spire-like sculpture emerging from the River Thames. A ‘vertical city’, The Shard contains restaurants, bars, offices and the Shangri-La Hotel, and connects to London Bridge station at ground level.

Planned Buildings for the Future

In 2014, planning permission was granted – or was pending approval – for 236 high-rise buildings in the middle of London. These buildings range from 20 to 75 storeys high, and will be dotted around some of the most crucial areas of the city. With staggeringly high population growth in the City, limited horizontal space within the capital, and the need to protect green belt space, the only way left is up.

At 93, the Borough of Tower Hamlets has the most towers planned, with Landmark Pinnacle (a skyscraper approved for construction in Canary Wharf) at 75 floors set to become London’s tallest residential building.

The Rising Tide of Growth

London’s current population is more than 8.6m, having grown by 12% since 2001. By 2031, it’s expected that there will be 10m people living in the fifth richest city in the world. By 2050, this will have risen to more than 11m. With so many people crammed into such a relatively small space, many are asking, how are we going to find the room to house them all?

In 2015 Mayor Boris Johnson approved South Quay Plaza, a 68-storey residential building that will become the third highest tower in the UK, reaching 220m in height – 15m shorter than One Canada Square.Although in the past high-rise buildings may have been associated with poverty, today these new tower blocks are highly sought-after, and represent wealth and power in cities across the world.

To ensure that everyone can fairly find a home in London, the city needs at least 63,000 new homes to be built every year. As long as there is a shortage of houses, prices are only ever going to increase. So, are skyscrapers our answer?

Are Skyscrapers Good News for Cities?

Between 2000 and 2014, 24 skyscrapers were built in London. However, it’s now predicted that there will now be a huge boom in skyscraper production.

Many people seem worried that skyscrapers will ruin London’s aesthetic and block the view of some of the most historically important buildings in the world. However, many buildings come with protected “viewing corridors”, meaning that skyscraper development is actually extremely regulated in order to protect London’s most famous monuments.

One of London’s greatest assets is its history and culture; placing a huge skyscraper in front of the Houses of Parliament could dissuade foreign investment and the enjoyment of the city. The placement of skyscrapers is a tactical and well-thought out endeavour.

There are undeniable bonuses to building upwards. As well as helping to solve the population problem in London and the housing crisis, these striking landmarks will add to the aesthetic of one of the world’s most richly historic cities.

For more information about London property and the developments we currently have on offer, call today to speak to a sales advisor on 020 7620 1500. 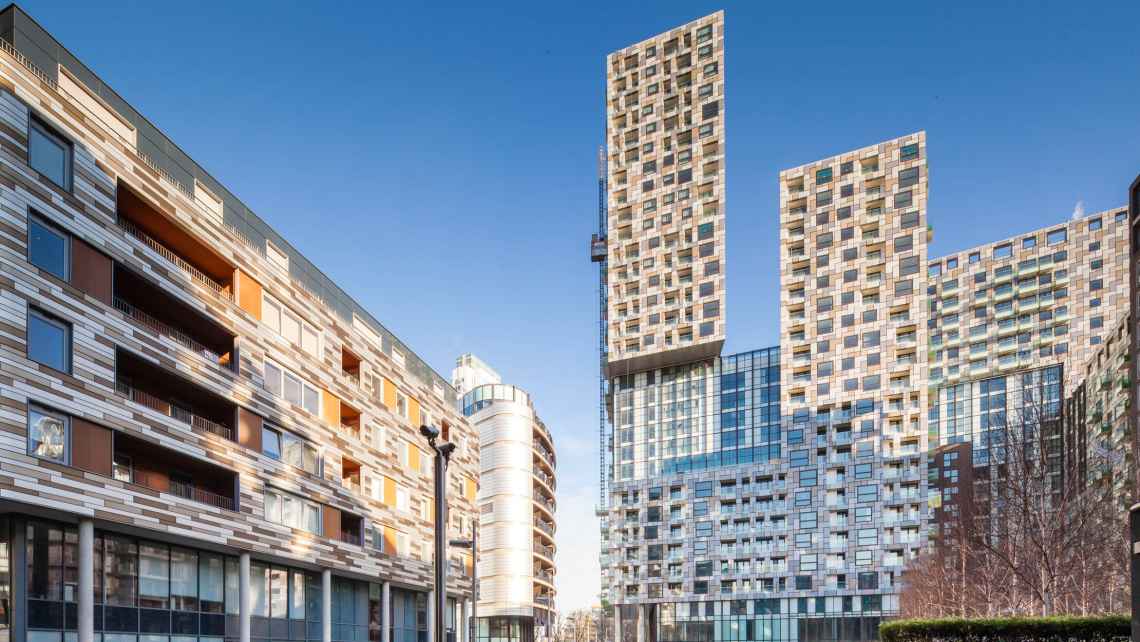 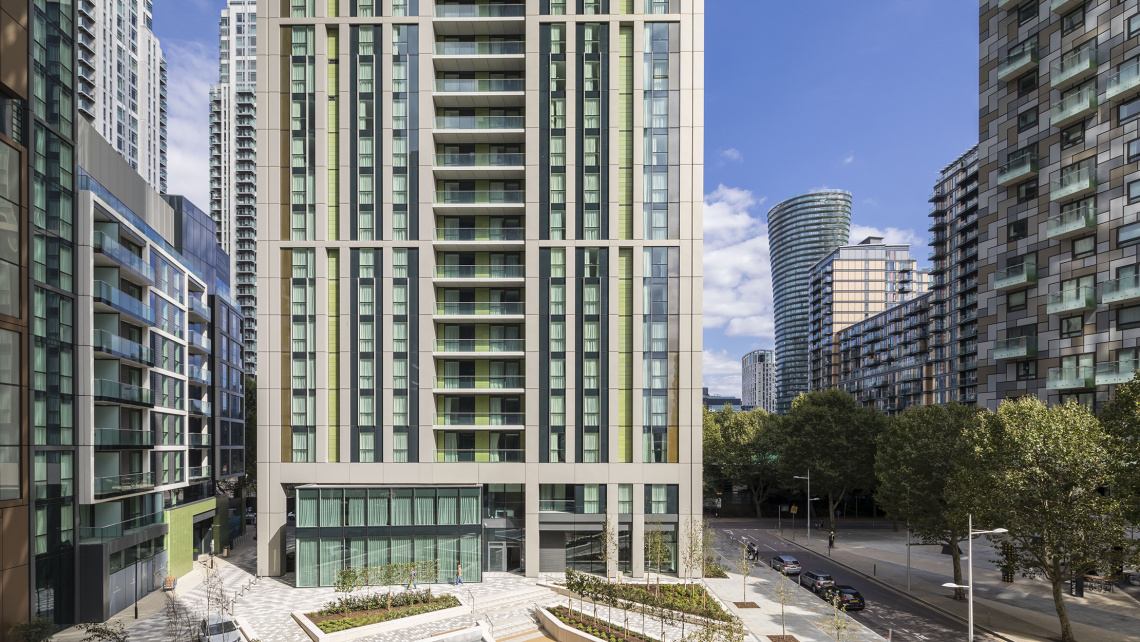 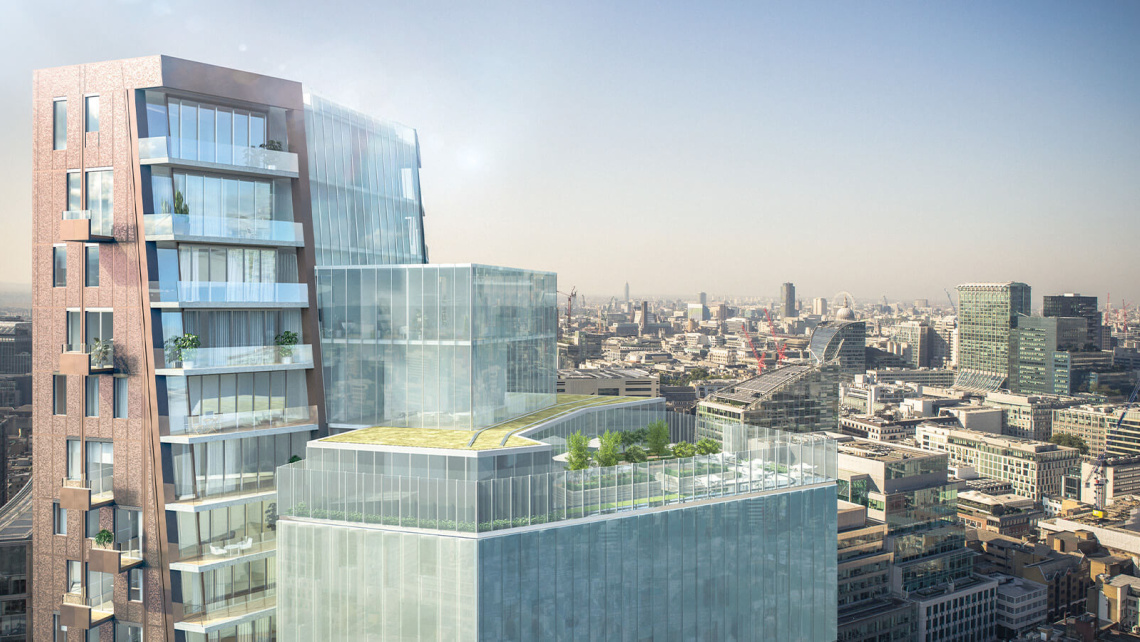