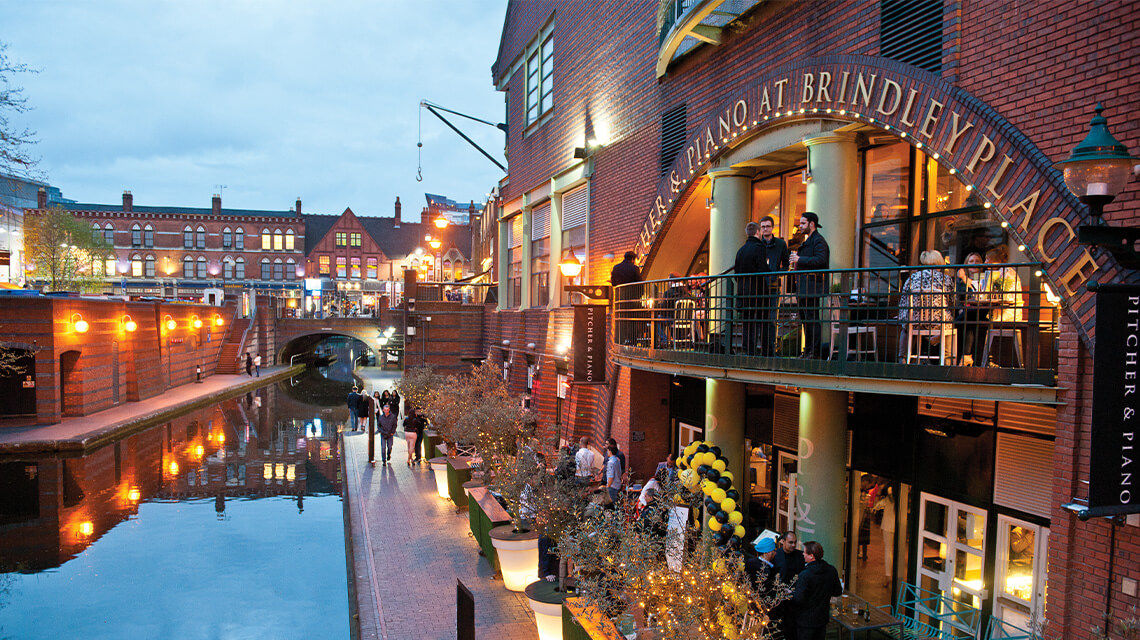 Style and spirit go hand in hand within the streets of Central Birmingham. Night life makes no exception here. This thriving city truly has it all, catering to an array of moods and scenes. Offering city dwellers choices from bars, pubs, clubs, comedy, theatre, arenas and a blend of diverse culinary eateries, there is no room for a boring night out.

For those looking for an exclusive and exceptional night of fine dining they can make their way over to Adam’s Restaurant on Waterloo Street. Offering contemporary-style British cuisine, Adam’s menu caters to those in the mood for modern dishes which have been created to the highest professional standard. For the past three years, Adam’s Restaurant has consecutively been awarded Traveller’s Choice and in 2016 was rated the No. 3 Restaurant in the UK and the No. 9 in the world. Unbeatable cuisine coupled with a posh-modern ambience, puts Adam’s Restaurant at the top of anyone’s list.

Engaging in Latin Atmosphere of Bodega

Another contemporary-style restaurant, Bodega, brings a Latin flare to anyone’s night. Those desiring anything but a run-of-the-mill night will enjoy fresh, homemade South American cuisine accompanied with delectable cocktails and carefully selected South American wines. Situated on Bennett’s Hill, a culturally diversifying experience at Bodega is definitely accessible for those strolling the streets of Birmingham City Centre.

Broad Street: The Heart of Birmingham

Guests of Walkabout are invited to take a fun trip down under with neighbourly Australian ambience. Sport fanatics and casual drinkers will enjoy the laid-back bars, mounted sports televised flat screens and bamboo décor oozing beachy and relaxed vibes.

Keeping in tone with cultural fusion, this German beer hall engages those swigging back glasses of beer with a live Oompah band. Coined as an authentic Bavarian bar, this Birmingham hotspot treats guests to an array of themed nights where participants who dress up can win free prizes and shots. Birmingham Bierkeller also hosts the unique Amazing Bavarian Stompers - the first British comedy Oompah band to appear at a major German beer festival.

Those eager to belt out their favourite tunes on a Friday night find themselves at Karaoke Box on Broad Street for a night of drinking, singing and laughs. Those bored of the same old bar scene can find a haven in this always lively hotspot where belting out your favourite songs never sounded so good!

Located on Brindleyplace, just off of Broad Street, lies a ritzy Italian grill by day and colourful wine bar by night. Offering enviable views of Ikon Gallery all the way to the canal, this Brindleyplace venue acts as a sophisticated and charming hub for drinks. Warm summer nights are well spent at Piccolino’s outside terrace which offers guests a breathtaking view of the canal from outdoor lavish sofas.

Characterised as Birmingham’s most elegant and exclusive cocktail bar, Nuvo offers top-of-the-line VIP service in exclusive ritzy booths. Internationally known as a venue for jet-setters, fashionistas, socialites and celebrities, Nuvo truly embodies the epitome of elegance through its two floors: OKO and The Club. Indulging high-end clientele and frequent dominant DJs, Nuvo embodies the like-minded atmosphere that Birmingham is starting to attract and benefit from.