Key Areas for Property Investment Along the Northern Line 2015 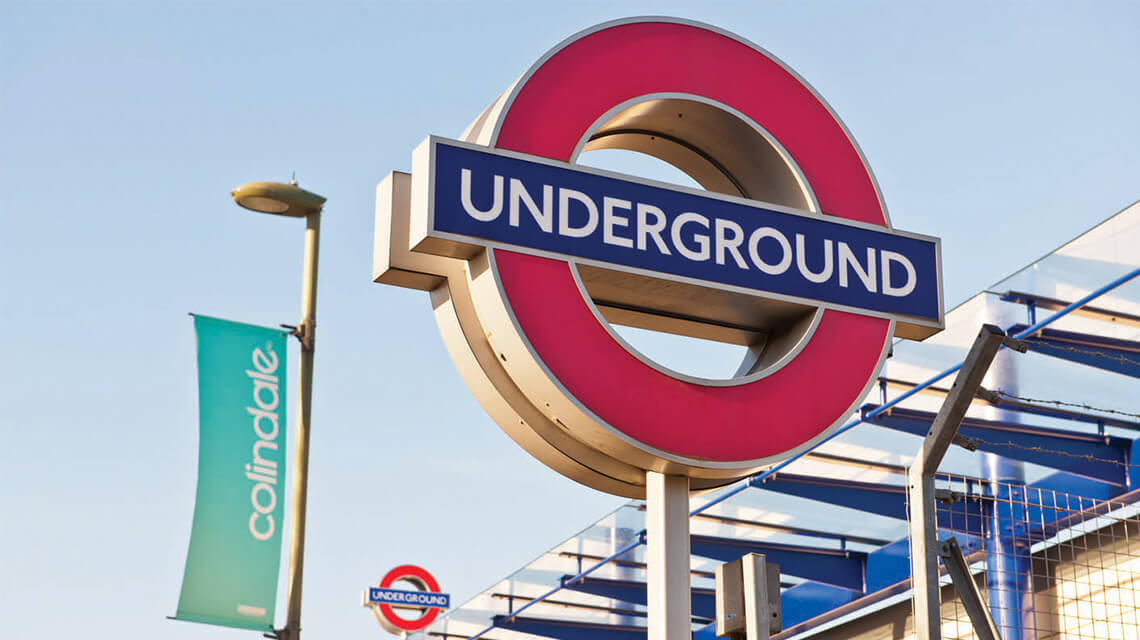 The Northern line was the first of London’s Tube lines to be constructed and runs from High Barnet in North London to the network’s southernmost station - Morden.

The Northern line is the second busiest line on the London Underground and is unique because of its two different routes through central London; the Charing Cross branch, serving the central part of Zone 1, and the Bank branch, serving the eastern part of the zone.

The splitting of the line has made it an ideal choice for commuters living in the northern and southern suburbs of London, as they can quickly get to the centre or eastern part of the centre without having to change lines. Considered a priority line, the service is consistently reliable and is usually kept operational during strikes.

Here at Galliard Homes, we have a wide selection of developments along the Northern line in key areas ranging from fantastic investments and prime regeneration hotspots to highly-coveted, landmark addresses:

Located in rapidly changing NW9, Colindale is part of The 2020 Vision - a plan proposed by London Mayor, Boris Johnson - and development is underway to dramatically transform this outer London suburb. Identified as an area for strategic growth and regeneration, Colindale is on track to become a key gateway into Central London. The vast changes will include 12,500 new homes, a new piazza address, a redesigned Tube station, four new schools and 2,000 new jobs.

The Silver Works is our dynamic new development in Colindale, set to offer an impressive collection of high-specification one, two and three bedroom apartments in five private blocks; including 13 disability-friendly apartments and six luxurious, four bedroom townhouses.

Situated in the London Borough of Lambeth, Stockwell is well on its way to becoming as trendy as its hip neighbour, Clapham. Once well-known for manufacturing; Stockwell is now an increasingly popular residential area in south London due to its excellent transport links and close proximity to Central London.

Our luxurious development The Printworks provides owner-occupiers and investors with the chance to purchase a luxurious, new studio suite or one bedroom apartment in the heart of SW9. The Printworks is an impressive focal point on historic Clapham Road and is only minutes from trendy Clapham, as well as Tube connections across the rest of London.

Primrose Hill is a popular and fashionable part of London with one of the best panoramic views across the city. Nestled in between Camden and Regents Park, this charming place is a captivating mix of people, Victorian architecture and a laidback bohemian vibe.

Our Platinum development, Carlow House is just a 20 minute stroll away from this famed hill and is moments away from Camden High Street. This former Edwardian warehouse has been transformed into an impressive example of Art Deco architecture, providing 85 lavish apartments set around a resplendent four-storey atrium.

Clapham is a cosmopolitan district with a very distinctive personality. From ultra-trendy bars and quirky boutiques to farmers markets and the flourishing Clapham Common; there is no doubt that this has become one of the most popular places to see and be seen in south London.

Crescent House is our opulent new development that will be situated on picturesque Crescent Lane in Clapham’s highly-renowned conservation area; just a few minutes’ walk away from Clapham Common and Clapham Common Underground station. Designed to impeccable standards and combining classic architecture with contemporary elegance; this will be the ultimate in luxury London living.

One of our newest flagship developments called The Stage, Shoreditch is less than 10 minutes walk to Old Street.

One of the capital’s most fashionable hotspots, Belsize Park is ideally nestled between edgy Camden and glamorous Primrose Hill. With beautiful tree-lined streets and the bustling centre of quaint England’s Lane, it is easy to see why this chic NW3 location comes in at the top of the property list for fashionistas, actors and lawyers alike.

An ambitious and exciting regeneration scheme; King’s Cross is on track to offer a multitude of new homes, retail space, offices, cultural venues, bars and restaurants. These buildings will be set within an intricate framework of luscious new parks, communal squares and 12 new streets.

The £550 million redevelopment will feature a new London landmark - King’s Cross Square - which will include an area dedicated to public art.