Aside from being one of the UK’s major sporting destinations, Wimbledon is an affluent suburb home to excellent schools, vast open spaces, and buzzing bistros. But its proximity to the metropolis and connectivity is perhaps one of the major reasons why many young families are choosing to put down roots in this sought-after neighbourhood.

Located southwest of the capital’s bustling centre in the London Borough of Merton — approximately 11.3 km from Charing Cross — Wimbledon is a leafy district that is spread over Zones 3 and 4. Whether travelling by Overground train, Tube, tram, car, bike or foot, getting around the district and beyond is effortless.

Plan your journey with ThamesLink.

Wimbledon is also served by the Tramlink service which conveniently links the community to local districts such as Croydon, Merton and Mitcham.

Driving and Cycling in Wimbledon

Driving is easy in Wimbledon. If travelling by car, residents of Galliard’s brand new luxury apartments in Wimbledon can access the A3 within 11 minutes. This road leads northeast towards Central London and the South Circular, and southwest to the M25 (London Orbital Motorway) and further afield towards Guildford, Portsmouth and Winchester.

Secure residents’ parking is available with selected apartments at Wimbledon Grounds (at an additional cost, subject to availability). Discover Wimbledon Grounds or call our sales team on 020 3874 0908 to learn more.

Prefer being on two wheels to four? Wimbledon is found on a selection of London cycle routes while the district itself has dedicated cycleways and over 250 cycle racks. For newer cyclists or those who just want to feel more confident on the road, Merton Council offers free cycling lessons. Wimbledon Grounds residents benefit from secure on-site cycle storage.

London has been declared one of the world’s most walkable cities, and Wimbledon is no exception to this. Whether you simply fancy a nice stroll or need to get from A to B, Wimbledon has many walking routes, as well as an abundance of green space and parks popular among dog walkers, power walkers and joggers. For those who fancy a lengthier, more challenging hike, Surrey’s famous Box Hill is within easy reach.

Galliard Homes is proud to present Wimbledon Grounds, an exciting new residential development nestled on Plough Lane. Residents are perfectly placed for commuting to and from London with a choice of rail, tram and Tube stations surrounding the development; Wimbledon Park to the northwest, Earlsfield to the north, Tooting Broadway to the southeast, Haydons Road to the south and Wimbledon to the southwest. Currently, there is a range of luxury one, two and three bedroom apartments available to buy, as well as a selection of elegantly-appointed three bedroom maisonettes. Explore our modern flats for sale in Wimbledon or give us a call today on 020 3874 0908 and let us help you find your new home. 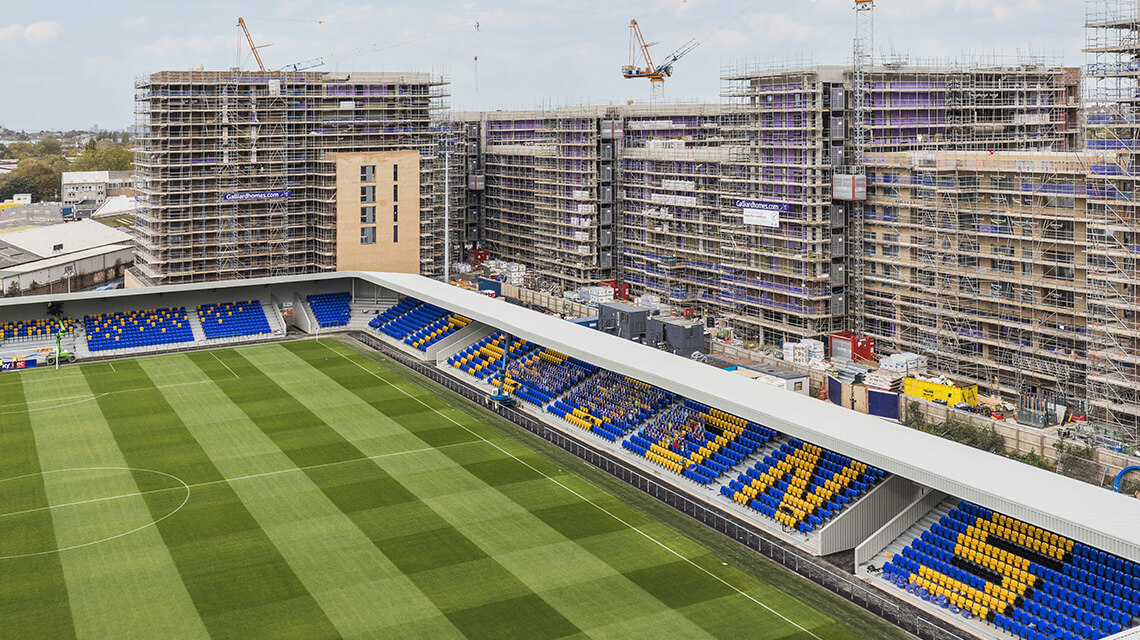