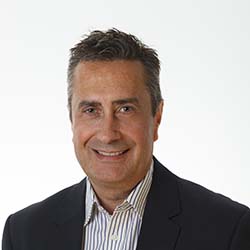 Property values have dominated our lives for an eternity. Pick up a newspaper on any given day, and it will serve you a headline reporting that property prices are rising, stabilising, crashing and everything in between.

But why do we focus on the big house price report numbers when they don't provide the best real-time insight into the housing market?

My thoughts … if you want to gauge the temperature of the property market in the capital and South-East, then look to the London Docklands.

A New-Found Interest in Home Ownership

The house building boom of the 1950s and 1960s in post-war Britain kick-started the public's interest in home ownership. Rows and rows of terraced houses and towers, along with inner city council estates, were constructed from scratch. At the birth of the high-rise, homeowners and local authority tenants lived side by side.

Then followed the great local authority sell-off. Introduced by Margaret Thatcher's Conservative Government, thousands were able to buy their council-owned property at a considerable discount to market value.

The Birth of Canary Wharf

Maggie's reign also coincided with the birth of Canary Wharf, as the East End began its transformation from post-industrial, dockside wasteland into one of London's most progressive, forward-looking destinations.

The creation of the London Docklands Development Corporation and the enterprise zone enabled the area and its surrounding locations to boom. Thousands of new homes, improved roads, new rail infrastructures, and some of the finest modern offices and retail spaces were developed alongside a wealth of restaurants and bars.

From E14 to E16, E1, SE1 and SE16, Canary Wharf and its surrounding postcodes are today some of the most highly sought-after for residential and commercial alike.

My grandparents and parents couldn’t wait to escape these areas, but thanks to regeneration projects, enterprise zones, low taxation and foresight by the Government at the time, these areas have flourished.

They have also become a barometer for the state of the property market.

Docklands and the Property Market

They say if America sneezes, the UK catches a cold, just as it could be said that if values fall in the Docklands, property prices in London and the South-East follow suit.

In the last 12-18 months, Docklands values have fallen, or shall we say 'corrected'. Demand, however, has stabilised – in fact, the towers built most recently are now close to full occupation. Viewings on an ever-decreasing volume of vacant flats have increased, and tenants are flocking to the area with rents on the rise. We are also seeing the international market return.

So, while the economy is on the brink and we are in the midst of a cost-of-living crisis, demand will continue to outstrip supply in our most wonderful areas.

It could be the right time to buy for those with the necessary savings.