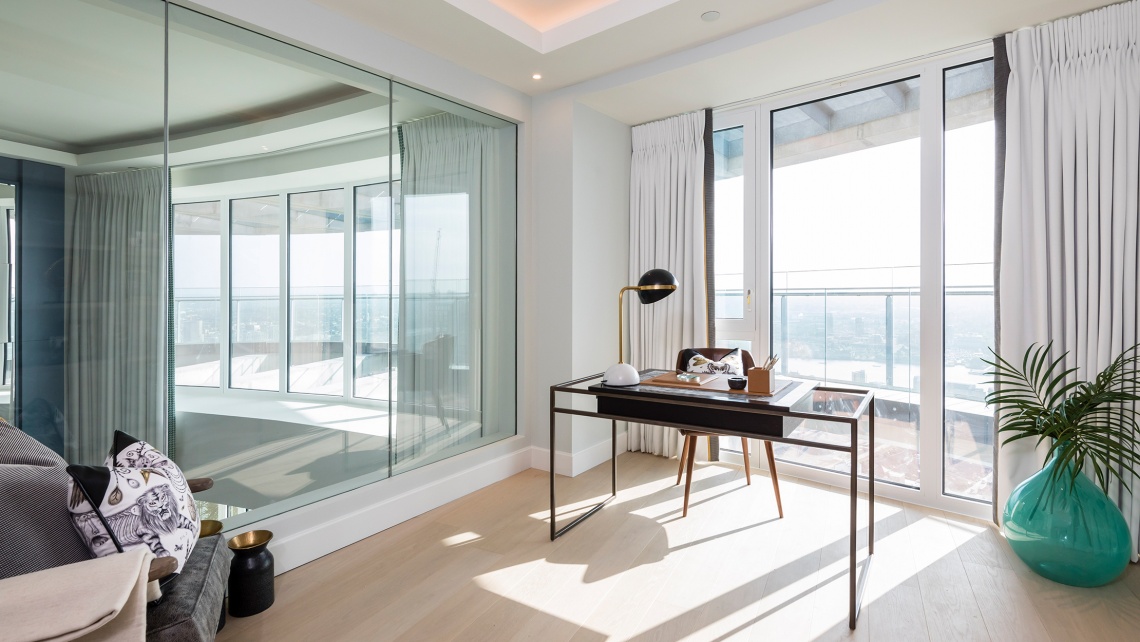 Guest Author|David Spittles
David Spittles is a well-known property reporter who has worked for the London Evening Standard for 34 years.

Twenty-five years BC (before coronavirus), a new property sector emerged in London: live-work.

Once-bustling factories and warehouses on the City's eastern fringe suddenly fell silent due to changing technology and a manufacturing recession, leaving a sea of empty commercial space.

Resourceful property developers and forward-thinking local authorities moved quickly to fill the void. The buildings were converted, triggering a boom in live-work homes for the fledgling internet generation. The "industrial loft" movement had arrived, bringing not just a design revolution but also a lifestyle one.

Shoreditch and Clerkenwell formed the heartland of this new phenomenon - both hotbeds of a creative entrepreneurialism that was cemented by the dotcom frenzy a few years later.

In truth, live-work flourished only as a niche sector. It never went mainstream. But is this set to change?

It's no coincidence that seasoned live-workers and those companies with well-oiled remote working practices have found it easier than most to cope with the coronavirus clampdown that now affects us all.

The crisis seems certain to cause a reassessment of work patterns and a reappraisal of the role the home plays in our lives. It could amount to a whole new reckoning for urban living as property developers and council planners, architects and interior designers, lenders and insurers, lawyers and tax authorities, surveyors and broadband providers deal with new working-from-home trends and challenges.

Cash-strapped businesses will question whether paying for office space is essential when staff can - and often prefer - to work from home, at least for part of the week. Employees emerging from enforced isolation will question whether the often-dreaded daily commute really does make for the best work-life balance and best combats global warming.

Until recently, the nation was not prepared for a shut-in life. For generations, home has been a place to return to, a sanctuary separating ourselves from the outside world.

Coronavirus has transformed that sanctuary into something else, or into several things - office, gym, playground - that challenges the traditional definition of the home.

Interestingly, former Geffrye Museum in Hackney, east London, is undergoing an £18m refurbishment that will transform it into the newly-named Museum of the Home, due to open in September. The essence of this splendid architectural makeover of 18th-century almshouses is not merely to chart the history of middle-class interior design and domestic gadgetry but to explore and celebrate the history of the "lived experience", from 1600 to the present.

For instance, the humble heating thermostat brought about phenomenal social change by breaking down the tradition of domestic family togetherness around the hearth. The ability to adjust a home's heat level in different rooms meant that teenagers' bedrooms, for example, became a comfortable place for them to spend more time on their own.

The now coveted Georgian townhouses of Huguenot silk weavers in nearby Spitalfields show that live-work has existed at the margins for centuries. Take also the cottage industries of the Victorian era. In post-war Britain, architects were among the first professionals to champion live-work by personally showcasing the aesthetic, lifestyle and cost benefits.

Smart property developers like Galliard Homes are taking heed of all this, and assessing how the demands of live-work will change the housing market.

In the good old days (a few weeks ago), most developers were content to make mere gestures (by including a token study area, for example) to the needs of home-workers. Surely the time has come for more ambitious thinking and innovative design solutions.

This could well go beyond demarcated, self-contained work zones with space-saving foldaway furniture and storage systems, or flexible open-plan interiors with sliding walls. The outside will have to be brought in, or the inside taken outside, to ensure health and well-being. So expect more winter gardens and an increase in the provision of wi-fi enabled communal space, amenities, cultural venues and even allotments.

The Stage, in Shoreditch, is an early exemplar, bringing a rare cultural attraction (archaeological remains from Shakespeare's Curtain Theatre), a business centre, a 20-seat screening room, health club and a cool sky bar and terrace, all alongside designer apartments, shops and offices.

Newham's Yard, in arty Bermondsey, is another lifestyle-led project, mixing factory-style apartments, shops, restaurants, offices, a gym and apart-hotel. And the buildings back onto a lovely urban park with shade trees and tennis courts.

Already some policymakers are promoting live-work homes as a community-based “green” answer to climate change. The theory is that live-work clusters can help reverse neighbourhood decline and reduce reliance on polluting transport.

The AA (Automobile Association) predicts a permanent reduction in the demand for travel because people have learned during the Covid 19 crisis to use Skype, Zoom and other home-working technology. If the prediction turns out to be correct, the changes will be profound.

The liberating qualities of broadband make it much easier to work or run a business from home. For the Facebook generation at least, high-speed fibre is as important or more important than hot water.

Even before Coronavirus struck, the writing was on the wall for the 9-5 office routine.

A global survey by infrastructure architects Weston Williamson & Partners showed a pre-coronavirus reduction in commuting of 5pc, due to the fact that 60pc of managers and professionals were already working partly from home.

Research by accountants Theta Financial Reporting suggests that some degree of home-working will become the norm, especially as a third of working Brits would rather have flexible working options than a pay rise.

Planning laws will have to change to reflect this because regulations are still largely based on separate zoning for employment and residential land - a hangover from the industrial era when work was noisy, smelly and dangerous. Even modern-day mixed-use development results in separate uses rather than combined and integrated ones.

While we've all got used to social isolation, home-working in the future does not have to mean home alone.