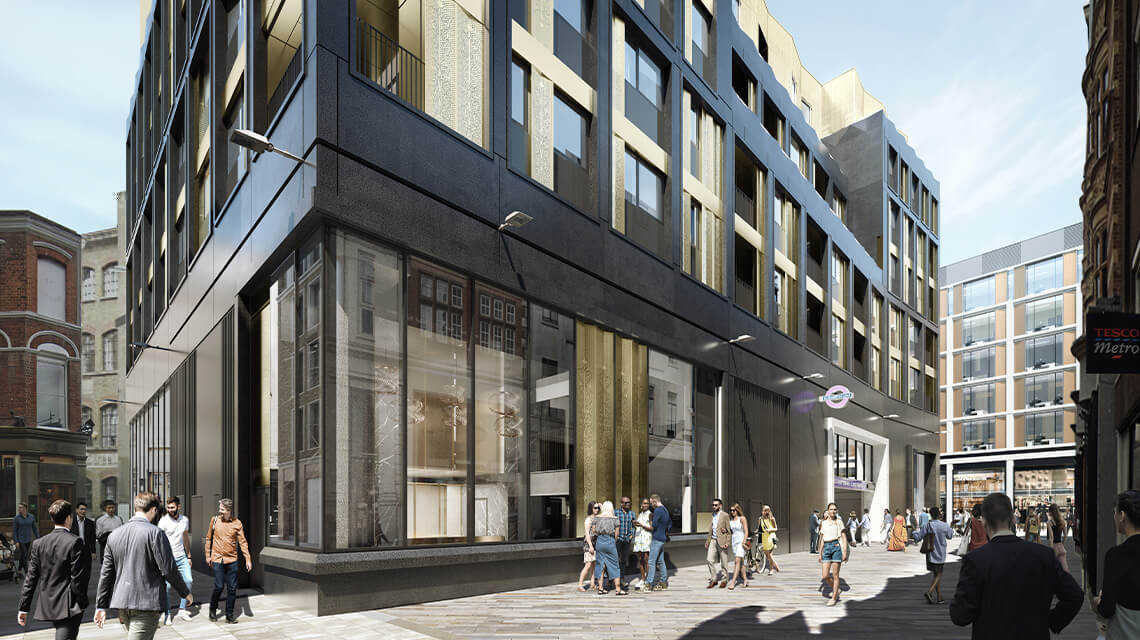 Known as one of the UK’s most lively, bustling districts, Soho is home to some of the finest cultural landmarks and entertainment venues in the country… and now, it is getting ready to welcome a new landmark for luxury living.

Galliard Homes is proud to introduce a brand new development, situated just off Oxford Street on Soho's historic Dean Street. TCRW SOHO will offer a superb choice of studio, one, two and three bedroom apartments arranged across two blocks, as well as a collection of penthouse apartments.

Boasting hotel-style features, bespoke fittings and state-of-the-art integrated appliances, each of the 81 luxury properties comprising this impressive new-build development will be designed by Nicola Fontanella of Argent Design, whose past clients have included the likes of Madonna, Guy Ritchie and Naomi Campbell. The majority of the apartments at TCRW SOHO are also set to feature their own, private external space; in the form of winter gardens, balconies or sun terraces.

With an unrivalled, Zone 1 location, residents at TCRW SOHO will be able to take advantage of having the whole of London at their doorstep. Tottenham Court Road station will be just moments from the development, acting as a gateway to the rest of the capital with its Central line and Northern line services. On top of that, forthcoming Elizabeth line services will also provide fast connections to key destinations — such as Heathrow Airport and Canary Wharf — once Crossrail is fully operational.

One of the country's most renowned retail districts, Soho is the beating heart of London’s famous West End, and is home to the some of Europe's most revered theatres, prestigious Michelin-starred restaurants, famed museums and galleries, and celebrated cultural landmarks.

For shopping, TCRW SOHO will be merely a short stroll from the pick of high-street favourites and world-famous department stores on Oxford Street, the luxury boutiques of Regent Street and the bespoke tailors of Savile Row. Meanwhile, when it comes to world-class entertainment and nightlife, many of the 40-or-so venues that form London’s ‘Theatreland’ district are within 10 minutes’ walk of the development.

Encircled by hundreds of eateries — from acclaimed Michelin-starred restaurants and trendy cocktail bars to traditional British food halls and historic pubs — residents will find themselves spoilt for choice when it comes to choosing where to wine and dine.

From small pockets of greenery like Soho Square Gardens and Russell Square to large, open spaces such as Hyde Park and St James’s Park, residents will benefit from having an abundance of places to relax and enjoy nature, all within 25 minutes’ walk of the development.