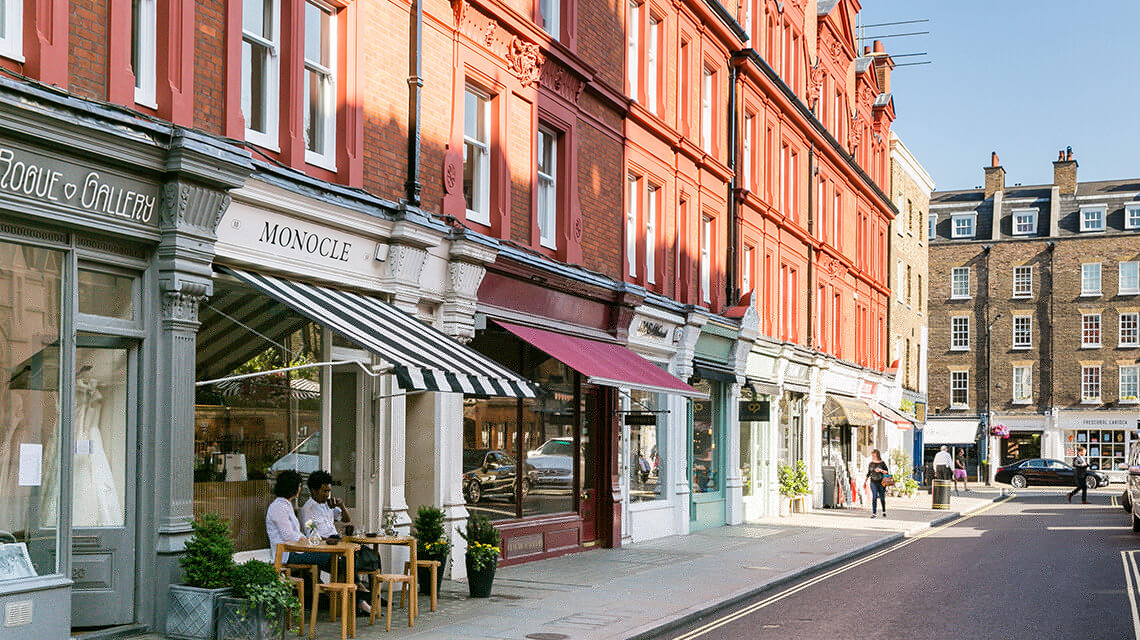 Central London is known for its perfect location and luxury living resulting in areas to be considered as ‘Prime locations.’

The definition of a London Prime location often varies; the most common by Savills and Knight Frank states that the top 5% of homes by value are considered to be Prime. More specifically ‘Prime-league’ locations are locations where sales are in the £5 million plus bracket and ‘Super-Prime league’ are locations with sales in the £10 million plus category. The top Prime London locations include Marylebone, Mayfair, Knightsbridge and Belgravia. Prime London has become the ultimate market leader.

There are several factors which may contribute to a location excelling to become a Prime location:

Wealth of the Area

The wealth of an area is a vital characteristic, in particular Prime locations are often located a long distance from lower economic regions; the wealthier the area the higher quality the housing is. Although research has indicated that rental yield is not the main driver behind purchasing investment property. Prime London markets are driven by generated wealth of the area and affordability/ access of mortgage debt.

When the population increases people move to more derelict areas, therefore areas which were once neglected are likely to become regenerated and establish itself as a Prime location. Shoreditch for example.

The area itself is highly important when establishing what makes an area a Prime location. Areas which have well known and established features such as retail and leisure facilities are likely to be more favourable. Areas which have historical features or unique landscapes are often considered to add to the distinctiveness of an area making it even more of a Prime location.

Who Buys Properties in Prime Locations?

Property Wire reports that 49% of Prime Location properties over March to May 2015 were made by investors. This is because properties in Prime locations resell at a high value making investment worthwhile. Overseas buyers tend to invest and buy properties focusing on how luxurious a development is and overseas buyers make up one third of London property buyers. More than half of the buyers of London Prime location properties live and work in the city. A very particular group of individuals purchase properties in these locations, including employees of the financial sector making up almost half of all purchases with the largest group; the second largest group are scientific and technology industry employees.

Prime London locations have certainly expanded as once only four locations were considered to be Prime including Belgravia, Knightsbridge, Mayfair and St James.  The prices of homes in these areas have considerably increased; from March 2009 to July 2012 London prices have increased by 48.4%. Global equity prices influence the prices of Prime London Prime. Prime London prices will significantly rise by 47% over the next five years however this increase will be slower than previous years.

Galliard Homes’ The Chilterns is most definitely a development to focus on if you’re looking for flats for sale in a Prime location. The Chilterns is situated in the heart of prestigious Marylebone on Chiltern Street. The development will consist of 44 luxury apartments with its very own private cinema, gym and spa. Read more about Marylebone’s Prime Central London status.