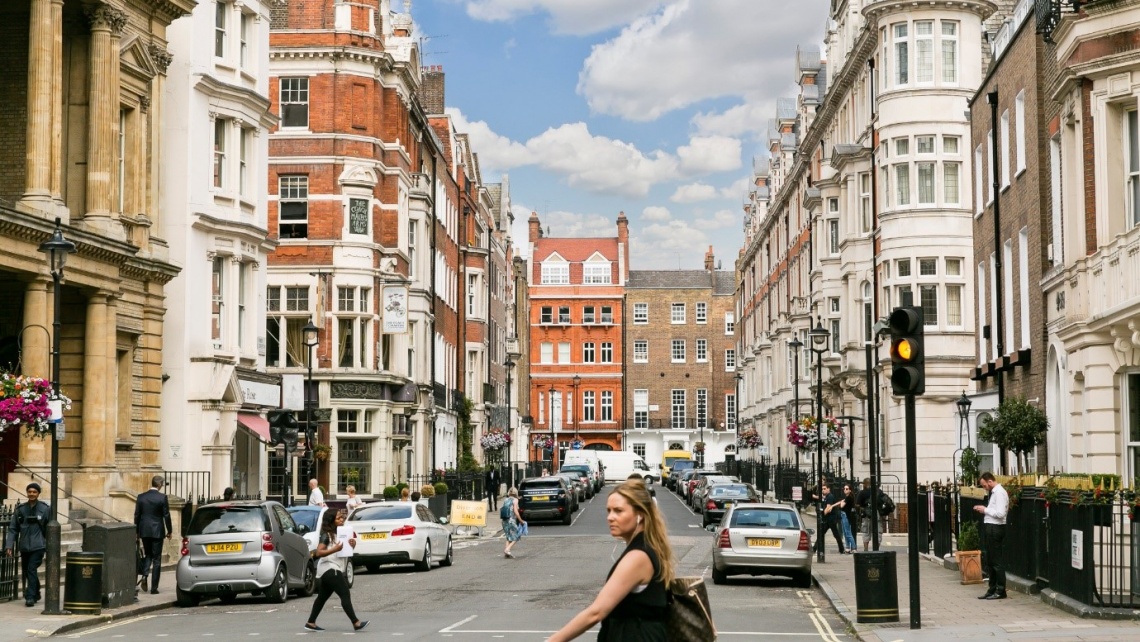 Guest Author | Anna White
Anna White is an award-winning property journalist who has written for the Guardian, Telegraph and the Evening Standard.

After such unprecedented disruption to the housing sector this spring, prime central London is set to lead the UK’s property market recovery.

Despite the possibility of localised lockdowns in the future, there are early signs that the core of the capital could revert back to the positive trajectory embarked upon towards the end of last year.

Prices in prime central London (PCL) are a lead indicator for the wider economy, as witnessed in the last three recessions when values began to slide shortly before falls in GDP. It’s a market powered by sentiment and one that reacts quickly in either direction.

The big question is whether the PCL property market will behave in the same way coming out of the COVID-19 pandemic as it did after the banking collapse of 2008.

Learning From the Global Financial Crisis

Values in Kensington and Chelsea, the most expensive London borough, fell 28.1 per cent from their peak in February 2008 to £598,430 in March 2009, in the midst of the Global Financial Crisis (GFC).

Although dramatic at the time, this was quickly overshadowed by a rapid recovery.

The average house price across Greater London dropped 17.8pc from January 2008 to April 2009 but the recovery was comparatively sluggish, held back by outer London. By June 2012 values had risen 25 per cent.

Central London’s unexpected bounce back was driven by its international appeal during a time of global unease.

Its safe haven status was elevated by a loss of faith in the stock market and pensions following the crisis. Together with historically low interest rates investors turned to bricks and mortar in zones one and two.

The cash buyer became an important player during this time, picking up buy-to-let properties in distressed sales, stoking prices.

But it wasn’t just about savvy investors searching for the best returns. London’s rebound reflected a global and domestic adoration for the capital’s charms.

Its heritage and architecture, transparent legal system, top class schools and universities, rich culture and world-leading financial services hub were the defining selling points of the capital and remain true today. They are a constant regardless of the economic context.

London has the same qualities but recovery will come from a more stable part of the property cycle.

The 2008 crash followed a boom. There was panic and, temporarily, prime stock was undervalued.

Over the last five years London has been through a price correction, led by the inner boroughs. The hike in the stamp duty system in 2014 and Brexit uncertainty dampened activity so prices do not have as far to fall this time.

Plus, the long-term low interest environment should limit the number of distressed sales, the main cause of house price falls.

Property sector experts and economists are therefore forecasting a short sharp drop in values - referred to as a v-shape recovery.

This is, however, predicated on the UK coming out of lockdown this summer, the wheels of industry turning once again and a significant proportion of the workforce emerging from furlough into full time employment.

As it stands, experts forecast capital growth in PCL of three to four per cent in 2020, gathering momentum over the next five years with a compound annual growth rate of 20.5 per cent by 2025 - the highest rate of growth in the UK.

The Conservative’s landslide victory in the December general election boosted sales and prices in PCL.

The ‘Boris Bounce’ accounted for a jump in values in Kensington and Chelsea of 17 per cent from November to March (to £1,396,102) and 14 per cent in Westminster. This compares to just 3.6 per cent across Greater London, showing that PCL is ahead of the curve.

There are early signs that, after the pause, PCL will continue on this path.

Stirling recovered in April from March lows but has fallen back slightly and continues to offer a discount to those buying in the dollar.

Estate agents have already reported a surge in families looking for big homes with gardens which have easy access to the West End and the City, with the best homes going to sealed bids.

For many who were considering moving, potentially from homes that no longer met their needs, the lockdown has galvanised them.

During the lockdown new build homes continued to sell, despite paralysis of the resales market.

“At Galliard Homes, we reacted quickly to the spiralling crisis in March and embedded fully-immersive 360-degree tours into the sales process,” says David Galman, head of sales for Galliard.

The first reservation in the lockdown came in early April at the 420-apartment Shoreditch development, The Stage. In fact, the developer recorded 20 sales a week during the lockdown.

Of course, not every buyer will feel comfortable buying online but now sales suites are open, with strict safe-guarding measures in place, reservations are expected to increase as pent-up demand is released.

New build homes suit a post-covid world. They are completely sanitised and the buyer can feel safe in the knowledge they are the very first occupier.

The buy-to-let market is also expected to take-off this summer. Sadly there will be more job losses and failing businesses in the aftermath of the pandemic and as a result the number of people renting rather than buying in London will increase.

More prospective buyers will rent in a development to try out an area as, following the lockdown, people are becoming more discerning about their neighbourhood.

The two buildings, architecturally elegant to compliment the surrounding streets, are being constructed above the new Crossrail entrance on Tottenham Court Road. Prices start from £990,000.

New homes that come with a built-in micro neighbourhood are in high demand as people expect to spend more time working from home or working from their locality.

Luxurious new homes are no longer found exclusively in the core of the capital. Prime London has spread into new areas over the last decade.

London on the Cusp of More Change

However, the capital is undergoing more change than ever. Crossrail is due to arrive into Bond Street and Tottenham Court Road in 2021 and the conversion of Battersea Power Station into a new London village is taking shape, on the opposite side of the Thames from Chelsea.

Towers are springing up throughout Nine Elms on either side of a new 14-acre linear park, which is under construction, and the long-awaited overhaul of Elephant and Castle in zone one will positively impact the core of the capital.

The West End is leading the widespread beautification of London’s streets. Councils and developers are creating more pocket parks and installing living walls, whilst widening pavements and cycle lanes in a bid to reduce congestion and air pollution.

The COVID-19 pandemic and lockdown will only serve to accelerate these changes as the city attempts to both create more space for social distancing in the short term and reduce carbon emissions and increase air quality for the long term.

The inner London market may have matured but such fundamental change climaxing in the 2020s will surely drive healthy capital growth in the long term.