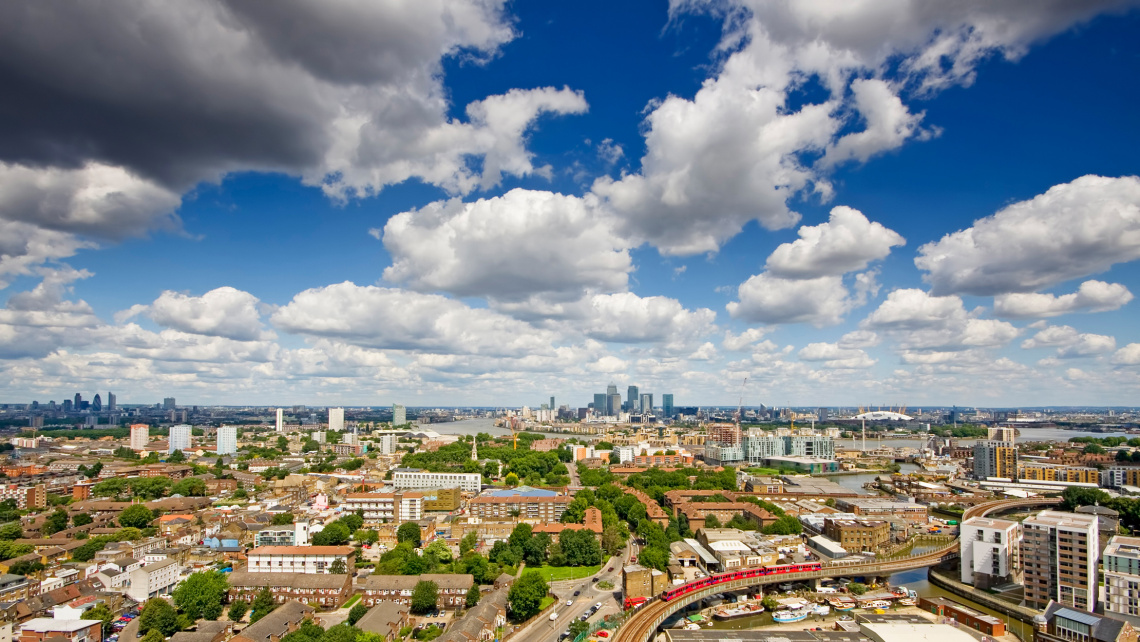 Last year was undoubtedly a year of change and uncertainty for the UK property market with government crackdowns in the form of Stamp Duty reforms, the exclusion of property investors benefitting from new capital gains tax cuts, plus the almighty blow of Brexit, which had everyone shaking in their boots about the prospect of another crash.

However, despite concerns and an understandably slowing market, the property market survived 2016 crash-free and showing great promise for the year ahead.

The start of 2016 saw an influx of investment across the UK, with a high proportion in the capital, to beat the 3% Stamp Duty surcharge in April. Following this peak, the expected trough resulted, but rather than a catastrophic decline, we instead saw dormancy among domestic buyers whilst overseas investment boomed. According to Savills, Asian buyers injected £4.5bn of money into Central London’s office market by the end of November, amounting to a third of 2016’s total and proving to be a lot higher than 2015’s figures. The residential market has also been bolstered largely by inward investment, no doubt because the falling of the pound has meant investors can enjoy sizeable discounts.

According to Colliers International, UK real estate will ‘push investment volumes this year to above 2016’ levels, whilst developers are of the opinion this will also be a great year for homebuyers - particularly first-time buyers - with the government’s push on Help to Buy and the current low interest rates.

The government has said that we could see a triggering of Article 50 in the first quarter of 2017, initiating the process of leaving the European Union, which could see the hangover from 2016 prolonged. However, arguably what we’ve seen so far is largely a hesitant majority taking the ‘wait-and-see’ approach, and that’s without taking in the seasonality factor, which is something we see year-in-year-out on the property market. In reality, it is still far too soon to scrutinise any correlations between Brexit and the property market, or to make any concrete predictions as it’ll take at least a couple of years before we see any consistency.

Whatever happens - whether its stagnation, growth or depletion - one thing is for sure: the property market is adaptable, and with promising infrastructural projects on the horizon, hurdles such as Stamp Duty changes and Brexit will be seen as a short-lived blip or an expected knee-jerk reaction, but hardly a long-term deterrent from the rewarding prospects on offer.

In times of unpredictability, regeneration is something investors continue to rely on. For those hoping for increased rental yields and capital growth, purchasing property in an area undergoing regeneration has proven to be a worthwhile investment time and time again - whether or not we’re experiencing a weak market.

Crossrail is currently the big winner when it comes to investing in locations benefitting from infrastructural projects, impacting not only the capital but the whole of the South East in terms of desirability and property prices.

According to JLL, house prices are expected to increase, on average, by 36% along the Elizabeth line by 2020, with CBRE estimating an average property price surge of £133,000. Places that have so far benefitted the most from Crossrail-led capital growth include Slough in Berkshire, where prices increased ‘faster than anywhere else in Britain between February 2015 and February 2016’. Crossrail will stagger the opening of its new line between 2020 and 2021, with new stations inevitably being added to the line in the years ahead.

Find out more about the top Crossrail hotspots to invest in here.

Even investing in one of London’s outer zones where the Night Tube has been introduced is set to be a worthwhile venture; for instance Hounslow West, which sits on the Piccadilly line in Zone 4, is set to experience one of the highest yields for areas sitting on the outskirts of the Night Tube map at 5.3%. The Association of Residential Letting Agents also found that rents in locations sitting within Zones 3 to 6 have increased by 20% in the last two years; a huge increase on the London average of 7%.

Property Hunting in the Home Counties

For those looking to invest at an affordable price, the Home Counties is the current go-to option for investors, especially as the last year has seen a higher rate of Londoners moving out of the capital (22% more than in 2015).

The South East saw a healthy growth of 2.5% last year, and 2017 is set to be a promising year for this part of the country, with commuter towns such as Brentwood and Chelmsford in Essex topping the charts for investors.

Of all the locations in the UK, London did take the biggest hit following Brexit for property sales, but experts are confident that Prime Central London is still a safe investment option. According to Savills, ‘the fundamental attraction of UK property assets has more to do with the assets themselves than whether they sit in or outside of the EU’. The UK’s move away from the EU will not eradicate London’s reputation as one of Europe’s most desirable cities for luxury residential property. According to one property commentator, London’s house prices are outpacing the UK average by almost 150%, with renowned boroughs such as Kensington and Chelsea upholding their status in the big league. Places such as the West End - within close proximity of famous shopping streets such as Oxford Street and Tottenham Court Road station (set to benefit from Crossrail from 2021) - is one of the capital’s safest bets for property investment, and will remain so with or without a decision to leave the EU.

Galliard knows and trusts that property remains to be one of the best investment classes around; a more rewarding contender than relying on savings, stocks and bonds. Less than a month after the vote to leave the EU, Galliard hosted its Summer Sales launch in London, and in the following months went on to launch its new Home Counties developments - a bold move at such an uncertain time, but it certainly paid off as a huge number of investors turned up for their chance to secure their second or Buy-to-Let property.